The next time someone tells you social media is a waste of time, here's yet more proof of how powerful it Recently musician Dave Carroll checked his guitar on United Airlines.  They damaged the $3,500 instrument  and wanted to take no responsibility for the $1,200 damage - even though he and other witnesses saw airline employees tossing the guitar around.  After 9 months of emails and phone calls with United, he was told "tough luck."  He said he would post a video of his dilemma on You Tube.  Perhaps thinking that Dave would post some homemade video shot with  an unsteady hand, they said "Good luck with that one, pal."

David produced a classy video  United Breaks Guitars that has spawned over 7 million hits, stories on CBS and CNN story, a sequel, several parodies, a personal statement over recorded on You Tube with impressive hit total:

And - this is hysterical - Hitler Finds Out United Breaks Guitars  75,422 views

This is only a sampling of the video responses to the story.

United offered compensation in return for pulling the video.  Dave's response was "Good luck with that one, pal."

United Breaks Guitars is #7 on TIME's Top 10 Viral Videos and Taylor Guitar's business is booming.  Dave Carroll and his Sons of Maxwell are overwhelmed with concert requests.  United meanwhile is reporting using the video for internal training and lost far more than the employee time involved in handling the complaint and the $1,200 the musician requested.  The video didn't ground United but certainly puts them in a bad light.  What an apology and check could have fixed became a PR nightmare as about 10 million people to date have seen the videos and their responses. In addition, the situation has been publicized on Twitter and Facebook.

Not every service failure will command such attention but the story of a few damaged guitars certainly illustrates the new role of social media in promoting the good and bad aspects of our business.

Groups:
Coaching and Mentoring
Coaching-Personal Development
Social Media Marketing
The Art Of Marketing You
The Optimist

They say a happy customer may tell one friend, but an upset one will tell everyone they know! I proud of the guy for not pulling the video, hopefully it will teach United Airlines a lesson, but I doubt it.

LOl, Todd. This guy told 10 million people, which is pretty amazing.  It sounds like Dave has gotten a lot of well deserved publicity for this video That reinforces you point as well as speaks volumes for the pull of social media these days.

Like
Bob Corcoran
Corcoran Consulting & Coaching - Swansea, IL
Thanks, Mike. 2010 has good promise for all of us! Let's all work to all pull al the potential we can out of 2010! Happy New Year!
Like
chevron_left
Older Post
Back to Top
Newer Post
chevron_right
Rainmaker
144,374 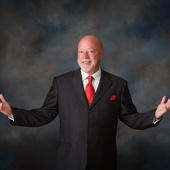