In the U.S., New Year's Day is becoming a time to relax and recover from the previous holidays.

game. Americans generally ignore the goodluck shenanigans that are popular in other countries. But a

large percentage of us still think we can cook and eat our way to a prosperous new year.Corned beef and

cabbage is one lucky choice because cabbage leaves signify money in this and other cultures. Many people

think pork should be included in the New Year's meal. For hundreds of years, the hog has signified

prosperity.Black-eyed peas, hog jowls or ham are lucky foods in some areas as is rice.One activity is

becoming a New Year's Day event. You hear bragging about it the day after. Yes! They took down the

Christmas tree. Making New Year's resolutions is an admirable New Year's Day Most of us have given up on

making a list because one or two are more than we can handle anyway. If you haven't seen over the

holidays, it's nice to visit relatives on New Year's Day. In at least one rural community, men and boys go 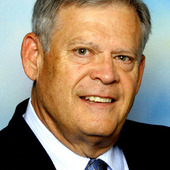 Pinehurst in Moore County North Carolina is widely known as the Golf Capital of the US with 43 golf courses. A diverse retirement area, it is just a few hours from the NC coast or the Asheville mountains!