Summerfest in Glendale Heights is known to many in the Western Suburbs of Chicagoas an event you dont want to miss.  Every year the entertainment is great, carnival rides for the kids, a kids workshop, craft show, car show, food and beer tents and excellent fireworks. Hours for wristbands for carnival rides For more information on the entertainment see Glendale Heights Summerfest 2007 by Rick and Lynn Orze, Remax All Pro

Susie... We look forward to these fireworks every year! We have a meeting place and there is about 25 of us that take our spot for the fireworks!

Lysa... I love car shows too, always looking for my old 72 Monte Carlo I wish I still had!

Thank you both for checking in!

Kim, now I believe more and more that you love every motor vehicle,  Motorcycles, cars, trucks, boats, etc :) you are the Motor Girl.  I have never been on an event like that, but it seems that it is fun to enjoy the art of those cars.

I like to ask you  a fevor I need to have  information and a vendor aplication for the next July 2009  craft show, tank you

In the prime of the economy in 2005 a Chicago licensed plumber and hardworking entrepreneur made the mistake of a lifetime and tried to build a family business in Glendale Heights. This village does not want small businesses with the nuisance of their tiny tax liabilities cluttering their roads, and would rather have vacant land sit idle for years, in hopes that a big development will develop their land.

My name is Ninos Shiba and I am a plumber by trade and used my hard earned savings and even harder earned credit to purchase land on North Ave in the village of Glendale Heights.  The village spent an estimated 100,000 dollars fighting, criticizing and eventually denying every single one of the projects for business I presented and in the end bankrupted me.  The village board members would rather have vacant land sit idle for years and wait for a national name brand retailer to offer to develop their land rather than have small business owners clutter their real estate.  Instead of allowing me to develop my proposed business ideas and employee 20 Americans in these business, they would rather these people join the unemployment line in hopes that a higher paying retail chain will one day develop this vacant land.

President Obama wants to support the small business owners meanwhile his presidency is being undermined by Glendale Heights and other corrupt villages that want to support the big business that manufacture their products over seas.  The daycare center, restaurant, hair salon, and real estate office I proposed building on the vacant land would not only have helped keep 20 Americans off unemployment and welfare, but would have also helped circulate money back in to the local economy.   Instead, Glendale Heights was more concerned that a giant retailer would come in and line their pockets so they can approve a massive project and rejected all my proposals sighting that these are special use purposes and would not be approved.

If we want to know why the economy has toppled, and would like very simple solutions as to how to prevent it from ever happening again, read my story and see the tribulations I have had to endure fighting a corrupt village for five years in the court for the right to build a business on a vacant land within their boundaries.

Ninos Shiba, a Chicago licensed union plumber, and Licensed Real estate broker, thought he can achieve the American dream by his hard work and working with the systems put in place by our government. The American dream my parents wanted for their kids when they fled our home country of Baghdad Iraq to come the land of freedom.

We put the property on North Ave under contract went into the village with a basic outline of what we wanted to do, the uses we wanted in the shopping center where all approved uses individually, but under one roof where put under a conditional use for the village to approve at their discretion.  The village board informally said to me that the property I am buying is surrounded by other property they would like to see some day developed together and made into a large development, but I am only buying enough to build my family run businesses.  The board said I am certainly entitled as my right to apply for a conditional use permit.

So I hired an architect and made plans and submitted for approval during the village hall meetings.  Every meeting was extremely negative and critical of every aspect of our design.  We were asked to make changes and reschedule for another meeting in a few months. For eight months we attended the meetings with all the proposal changes requested and each time were asked for additional changes.  The seasoned architect I hired had been in front of many village boards and he said he never seen anything this bad, and suggested I speak to an attorney.  I consulted an attorney and he suggested we make a formal presentation, hire an engineer and building planner to testify that the project we were proposing was within the approved uses and had no adverse affect to the neighborhood or traffic and would be good for the over all good of the community.

The village had not rejected our project, as they didn't have a valid reason.  Their hopes were I would run out of financing and just go away. Eventually my persistence compelled the Glendale Heights to go on the record in court and state “Glendale Heights wants Goodyear Tire or a Coldwell Banker to develop the vacant land and not my small independent offices."  I consulted my attorney and asked if they can discriminate against me like that.  My attorney informed me that legally they are allowed to make decisions based upon the size of a company.  After multiple meetings and thousands of dollars spent, we asked the board to make a decision.  The board unanimously rejected my shopping center project.  The board presented a neighbor that owned property next to my lot that opposed my project stating that it would cause too much traffic.  That same neighbor was appointed on the planning board on the village of Glendale Heights a year later.  Apparently he also had hopes and aspirations that a giant retailer will purchase the corner where I purchased the land and his property so he can maximize his property value.

It was obvious the village had decided they would not permit me to develop during my initial proposal.  They kept me on the hook for over a year and had me spend thousands of dollars revamping my project to meet their guidelines before unanimously rejecting my project all together.  I took the case to appellate court and spent thousands over the next two years only to have the judges to decide for the village.

During this entire process I was running out of money and the will to continue, we turned to the banks to refinance.  Only Broadway Bank of Chicago believed in my project and gave us a loan with excellent finance terms.  This banking institution believed that small businesses are the backbone of America and are necessary to keep the money flowing in our local economy.

Years later I have been financing a mortgage for five years on a vacant piece of land that I cannot build anything on because everything worth building falls in the conditional use permit at the village’s discretion.  I’ve lost all my money attempting to get some kind of permit from the village to build a business for my family, a business my children could have taken over when I retire.  But instead, I have lost all my properties to foreclosure while fighting the village and trying to finance this land that would generate income, if only they would approve one of my multiple proposals.  What is an American suppose to do with a vacant piece of land, half a million dollar mortgage, surrounded by run down businesses that never got developed because they were all waiting for that big development that never came in.  Who can I turn to for justice and to rectify this situation when I have used all my capital over five years financing this land and fighting for some kind of permit from the village? The court is obviously bias to the village and sided to uphold the village decision, where can we turn to for justice?

It is no surprise that we as a nation are 13.5 trillion dollars in debt, with foreclosure and unemployment rates at the very highest in the history of the U.S.  I am calling for an investigation in to all of the projects that the Village of Glendale Heights has rejected and approved. There needs to be oversight on all levels of village, city, state and nation management and government so that villages are held accountable for the positions they hold.  The village of Glendale Heights is only concerned about their own wellbeing and the well-being of the people who line their pockets.  Maybe my project would have not prevented the global economy from toppling, but it would have avoided the foreclosure of 6 of my properties, and kept 20 Americans employed.   Those 20 Americans could have gone out and bought American made cars and purchased products to keep the local economy going.  Multiply that times all the other corrupt villages and cities that are only concerned about their own posterity and financial gains, maybe we could turn the economy around with in our lifetimes. 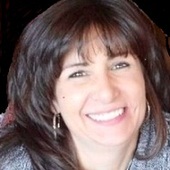