Several times in the past I’ve gotten in deep doo-doo for flagrantly promoting my lead capture system so I decided to take a different direction.

I theory this can be a benefit to everyone.

Please share your tales of success or failure with on line sales.

I’ve had several agents who signed up with our program thinking sales would drop from the sky and there would be overnight success. Well it doesn’t happen like that!

The last closing I had started in May of 2009. A gent signed onto my site and gave a bogus email address and bad phone number. Well he hunted around for a while and then disappeared.

About two months later I see he’s back on. The bogus email was enough to get him back into the site. He looks around again and then disappears.

In November I get a real email from him. The gist of the email was; this is what I want and this is when I’ll be in your area.

Rentals are easy; they sign in and you get about 25% of them in a month or so. (Some do become buyers so I work with them)

Anyone who has been using lead capture systems; please share your stories so the people that haven’t used a system will understand how it works.

Success is my ActiveRain blogging.  Work in progress is creating other websites that are subject specific with the links from my blogging and other websites to lead potentials to my sites.  My brain is not working to help me get that done.  I'd rather do it myself and save the money -- that could be the problem!  Happy New Year

I bought leads from getmyhomesvalue.com and it didn't pan out to anything after a couple months. The leads weren't better then my own website leads which were generally stronger so I just build my web presence. 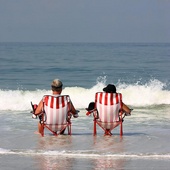 Real Estate Technology & Tools about 13 years ago
bookmark_border
Just why do you have a website?
View more Recent Posts   arrow_forwards