From Michael Port's Book Yourself Solid the following excerpt is an old fable (author unknown) demonstrating the futility of trying to please all the people all the time....enjoy!

An old man, a boy and a donkey were going to town.  The boy rode on the donkey and the old man walked beside him.  As they went along they passed some people who remarked it was a shame the old man was walking and the boy was riding.  The man and the boy thought maybe the critics were right so they changed positions.

Later, they passed some people who remarked, "What a shame!  He makes that little boy walk."  They then decided they both would walk.

Soon they passed some more people who thought they were stupid to walk when they had a decent donkey to ride.  So they both rode the donkey.

Now they passed some people who shamed them by saying how awful to put such a load on a poor donkey.  The boy and the man said they were probably right, so they decided to carry the donkey.  As they crossed the bridge, they lost their grip on the animal and he fell into the river and drowned.

The moral of the story?  If you try to please everyone, you might as well kiss your ass goodbye.

Funny Joe!  But so true - sometimes we end up killing ourselves to please others!

Joe,  I had heard this fable and had forgotten about it.  Thanks for sharing it again.  It is true that you can't please everyone.

Melinda - Your profile is awesome!  It looks like you're a pro at SEO and leveraging technology.  I'm hoping to get that "dialed in" over time - congrats to you!

Joe...you can never be all things to all people! Have a great day! 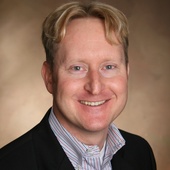