The following is some very important information regarding changes to the Good Faith Estimate Form that every home buyer should be aware of. This was written by my friend George Souto a Loan Officer at Mccue Mortgage.

What isn't positive about the new Good Faith Estimate 2010 Form in my opinion is that it does not break costs down like the Good Faith Estimate Form that I have right now, instead groups costs together in several places.  The new Good Faith Estimate 2010 Form will also cause Lenders to possibly not give Borrowers a Good Faith Estimate at the time that they are Pre-Approving a Borrower, because it locks them into certain things that they can't change later.  It is good that Lenders can't  just change their things, but there are situations that it might be out of their control why a cost changed and now the Lender is locked into what was originally disclosed under a different set of circumstances.  For this reason Lenders may now choose to not issue a Good Faith Estimate until they are actually putting a loan into process.  This in my opinion will make it more difficult for Borrowers to compare costs between Lenders prior to submitting a loan.

I am going to stop this post at this point, and continue it in one or two more posts this week.  What I have found over a period of time here on ActiveRain, is that if you make a blog to long, fewer people read it.  This information is too important, and will have such a big impact on Borrowers as well as everyone else in this industry, that I feel I need to present it in such a way that others will take the time to read, and not be turned off by its lenght.

So I hope that those that are reading this blog now will take the time to return and read the continuing blogs on the new Good FFaith Estimate 2010 Form.  I promise that it will not be a waste of your time to do so.

Our title officer was kind enough to go over the GFE and the new HUD1 with us about one week before Christmas.  thanks for sharing this.  xxoo

Sandra, great to see you in the Rain again, and thank you for the re-blog.

George - Nice seeing you again too...No thanks needed, George, it is good information.

Hey Sandra,
That's a very great information to share, I was telling George about it on his 3 parts of this good faith info.
Take care and nice to see you.

Ray - It is always a pleasure seeing you too.

Thank you very much for sharing!

Thank you for your comment Adam, for more information on the subject, check out George Souto, he is a wealth of mortgage information 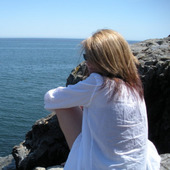