Who the heck is going around telling people that Realtors add value to a home. In what world do you live in. The idea that we add 6% or any amount to the value of a home is outrageous. Ask any appraiser if they give any value to the fact that a home is sold with or without a Realtor. He or she will inevitably tell you "of course not". So why in a book, "What would Google Do?" by author, tech guru and professor Jeff Jarvis spends a whole section on rebuking the "fact" that Realtors do not add value. And then proceeds to suggest no less than a complete trashing of the real estate agent model and replacing it with an a la' carte version of agents.

Not to bite off more than I can chew, but I would have to agree with Jeff's thoughts on agents not adding value. This guys entire argument is based on the presumption that as agents we believe that we add value. Well, being a veteran Realtor I would say to anybody who would listen that I provide a service and most defiantly don't add value.

I see my role strictly as a service provided and rendered. With the advent of the internet the gap between experts and the consumer have narrowed. The time when a Realtor had an informational advantage is over. Our clients have access to the comparable, school reports, current laws and disclosure requirement, all the forms and anything else we can access. The difference now is purely service based, ..isn't it.

I look at being an agent as a project manager. A project that last months, involves hundreds of thousands of dollars if not millions. Not to mention that there is over 25 parties involved in every transaction ranging from insurance company's, banks, crazy sellers, confused buyers, lazy agents, etc. The complexity of a transaction is overwelming and has a million moving parts that needs constant tweeking and massaging. So when I hear other agents clients say "I love looking at house's, I would be a great agent". I get slightly offended that the public's view of my job skills are summed up in (house's + like = great Realtor).

All the things we do the consumer can do for themselves, but chooses not to. They refer to the professional to do these things efficiently and professionally. So Jeff, I would like to say to you "thank you for giving me a jumping off point for Service vs. Value".

P.S. a la-carte agency's will never work in the real world because you get what you pay for. At least in the sense of a $2,000,000 home buyer does not want to be driven around on the back of a motor cycle. They want to ride in style with the agent that has similar interest i.e. Bentley. That's why the commission needs to be tied to the price because buyers and agents differentiate with that price. I'm not saying more $ = better agent. I am saying more $ = agent with more $ who is who the big buyer or seller wants.

Interesting way of putting that, because FSBO and other people think they can deduct 6% if a realtor is not involved in a transaction, we are just a cost of doing business not added value to a property. 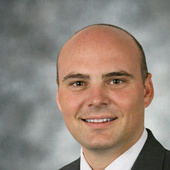 A shoot from the hip while playing devils advocate look at the Orange County California Real Estate Market.