It's the king's birthday today.  He would have been 75.  Here are a few of his quotes.  He may not have said anything profound like Aristotle or George Washington, but he was a down to earth person that understood what was going on in his life.  Unfortunately, he just couldn't cope with it all.

Adversity is sometimes hard upon a man; but for one man who can stand prosperity, there are a hundred that will stand adversity. - Elvis Presley

Ambition is a dream with a V8 engine. - Elvis Presley

Every time I think that I'm getting old, and gradually going to the grave, something else happens.  - Elvis Presley

I don't know anything about music. In my line you don't have to. - Elvis Presley

I happened to come along in the music business when there was no trend. - Elvis Presley

I like to sing ballads the way Eddie Fisher does and the way Perry Como does. But the way I'm singing now is what makes the money. - Elvis Presley

I sure lost my musical direction in Hollywood. My songs were the same conveyer belt mass production, just like most of my movies were. - Elvis Presley

Groups:
Alexandria Virginia - Things To Do, Real Estate and Info
Almost Anything Goes
Club Chaos
POSITIVE ATTITUDE for the Weary Soul
Quotes for Business and Life

Tags:
quotes for business and life

You are absolutely right, he was no Aristotle or George Washington. He was, however, a brilliant entertainer.

He was special..thank you..thank ya very much!!! I saw him in Vegas towards the end of his career. It was mostly sad... 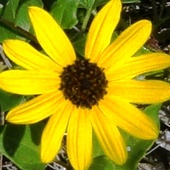 Presenting a collage of information about Alexandria, Virginia . . . from real estate and homes for sale to restaurants, things to do and history.