According to the National Association of Realtors®, existing-home sales rose again in November as first-time buyers rushed to close sales before the original Nov. 30 deadline for the recently extended and expanded tax credit.

Existing-home sales rose 7.4 percent to a seasonally-adjusted annual rate of 6.54 million units in November from 6.09 million in October, and are 44.1 percent higher than the 4.54 million-unit pace in November 2008. Current sales remain at the highest level since February 2007 when they hit 6.55 million.

"This clearly is a rush of first-time buyers not wanting to miss out on the tax credit, but there are many more potential buyers who can enter the market in the months ahead," said NAR Chief Economist Lawrence Yun. "We expect a temporary sales drop while buying activity ramps up for another surge in the spring when buyers take advantage of the expanded tax credit, which hopefully will take us into a self-sustaining market in the second half of 2010.

"In all, 4.4 million households are expected to claim the tax credit before it expires and balance should be restored to the housing sector with inventories continuing to decline."

If you are interestd in selling or buying a house in the Lewisville-Flower Mound area, please contact me at 214-244-8159 or e-mail at phil@philkretchmar.com

Thank You and have a great day! 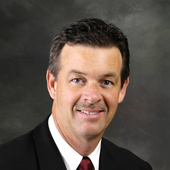