RISMEDIA, January 9, 2010-(MCT)-Is glamour dying? At the very least, it's being redefined during an uncertain economy. "There's a change away from the hip modernism we've borrowed from hotels with all the Lucite, mirrored furnishings and bright yellow and turquoise geometric carpets," said interior designer Peter Dunham of Los Angeles, whose client list includes Ben Affleck. "We want comforting things."

So what exactly is in store-and will be in stores-for our homes in 2010? "More craft and things that have been touched by hand," said Keith Johnson, buyer-at-large for Anthropologie stores and the subject of the Sundance Channel's "Man Shops Globe."

Patricia Shackelford of Kansas City, author of the nationally recognized design blog "Mrs. Blandings," included a post on world-renowned interior designer and Kansas City native Thomas Britt's black walls of the 1970s. Some of the rooms looked as if they could have been ripped from modern magazines that feature black rooms with crisp white trim and accents.

Designer Peter Dunham is even seeing black in furniture upholstery, such as black Chesterfield sofas. And Edwardian-like black coincides with what's popular in fashion, he says.

To Grandmother's house we go
Patricia Shackelford thinks we'll see more patchwork quilts, hooked rugs, needlepoint and chintz. "On ‘Top Design,' a contestant (Ondine Karady) was criticized for being too ‘grandma' for using a crocheted throw," Shackelford said. "Actually, she was on to the next trend." Shackelford said it's the return of Sister Parish design, using heirlooms or pieces with history. "It's a way to bring comfort to formality," she said.

Graffiti furniture
Antiques in recent years have become more affordable, but some pieces can be unwanted, drab even, and call for help. "Antiques don't always have to be these sacred things," Keith Johnson said. "They can be reinterpreted."

Made in the U.S.A.
In 2010 and beyond, a "made in the U.S." label will resonate strongly with buyers, because people want to strengthen the economy. Buying more local items also is better for the environment.

Homestead chic
More of us are growing vegetables, crafting our own cheeses and battling city hall to keep chickens in our backyards. Just as we've been reconnecting with the land, look for that bond to strengthen in the rest of the home. We'll use more locally harvested wood and reclaimed barn wood.

Flea market frenzy
Many homeowners made their first visits to flea markets and thrift stores in 2009, a trend that will get even bigger in the New Year. "People aren't doing the full-scale bathroom and kitchen re-dos they were a few years ago," Dunham said. "But they can easily perk up a room with textiles or a new lamp."

RISMedia welcomes your questions and comments. Send your e-mail to: realestatemagazinefeedback.com.

I like the made in USA one.  I agree with that.  As for paint colors my wife has free reign since we moved into a new house recently.

How about lemon drink and cookies from Grandma? I will be there

I think made in the USA is a trend that will outlive the other trends. So I would strongly agree there. The rest some, may be a little more short term 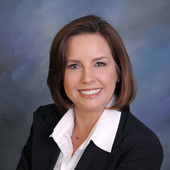