Okay, I've had enough and can no longer keep silent!  Has the world gone crazy?  The Tiger Woods scandal has really magnified issues that have troubled me for some time.  Not only do people disregard their marriage vows, but some get in line to brag about how they aided and abetted the entire affair!  (As my mother would say:  "trashy", and I agree.)   We've all heard of the sellers who were walking away from their mortgages, not because they couldn't make their payment, but because they have no equity! Huh?  What about the promissory note they signed?  Is the acceptance of moral erosion in our society becoming the standard by which we live and are known for?  I pray not!  And it is my hope that as real estate professionals we will not allow this societal trend to affect our professionalism and service to the consumer.

As REALTORS, we have a written Code of Ethics that is subjective due to the nature of our industry.  Many times we find that we have different definitions of right and wrong, yet still believe we are conducting ourselves in an ethical manner.   Michael Josephson, founder of the Josephson Institute of Ethics says this about defining ethics:  "If we conclude that ethics is purely a personal matter, and that each person's private code of values is entitled to equal respect regardless of the content of their beliefs, there is no legitimate basis for distinguishing between Saddam Hussein and Mother Theresa - both live up to their own standards."  (Now I get it - all the women lining up for their moment of fame with Tiger are living up to their standards - argh!)

All that being said, we as REALTORS are blessed to have founding fathers who were wise enough to include The Golden Rule in the Preamble of our REALTOR Code of Ethics.  "Do unto other as you would have them do unto you" covers keeping your promises, vows, commitments and paying your debts down to being a courteous driver.  If we all strove to live by The Golden Rule, the world would be a better place!  I am making that a personal goal for 2010 and hope you will too.

Karen BRAVO!!!! Everyone in America is stressed out right now, losing money here, building debt there, and it is NO excuse to act like an idiot. You make your bed and you lie in it. I'm doing it too, and I still manage to love my family, drive responsibly, wave to my neighbors...and post happy things on AR! :)! have a great day!!

Great post with a lot of great points, we all can stand on a soap box and scream from the rooftops but unless you have been there, confronting the issue as plainly black and white is not possible, this is a total grey area.

Karin - Thanks sista!  must be a "Karen" thing!

Andrew - yes, we live in a complicated world, however, I long for the days of "Hoss and Little Joe"!

VERY TRUE!! This was a good one Karen... People seem to just have the "I don't care" attitude and when your job is to be positive for your clients, it drives me nuts when people have bad attitudes! Hope everyone reads this and takes it to heart :)

This is what it is all about.  When did we stop teaching, showing, practicing, explaining the basic code of ethics of "Do unto others as you want to be treated."  We've gone a long way from it, but need to show it to others everyday.    Good job. 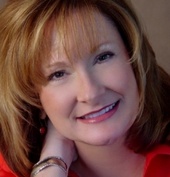