At Christmastime as a young girl growing up in Warner Robins, my dad and I would hike through the cold and quiet woods looking among hundreds of other trees for the perfect tree to cut down for our Christmas tree.

Eying a pretty tree, he would kneel down at the base of it to see if its trunk was long and straight and not to thick to ensure that it would fit into our Christmas tree holder.  If it wasn't the perfect tree, then we'd walk on until we found it.

After cutting it down, he would drag it back to the truck, saw off some of the bottom scraggly branches and then we'd carry it home to where my mom was waiting with boxes of ornaments, lights, silver tinsel and our special angel tree topper.

After a few tries of positioning the tree straight and upright in the metal tree holder, dad would wind the strings of big orange, blue, white, red and green Christmas lights around the tree.  When he finished, it was our queue to start the decorations.

Excitement filled the air as my mom, brother and I decorated the tree (and each other) with silver tinsel.  Mom usually went behind us spreading out the clumps of tinsel that my brother and I had just thrown on.  After the tree was decorated, it was my dad's honor to place the angel atop of the tree.

Stepping back and anxiously awaiting the grand finale, he would plug in the strings of Christmas lights and suddenly the greatest Christmas tree ever known to mankind beamed in all of its glory.  What was once just a simple tree nestled among hundreds of others in the forest became the most magnificent display in our home.

On our Zenith television console, we'd watch the best Christmas program ever, the 1965 version of Rudolph the Red-Nosed Reindeer.  Sometimes the picture on the television would get fuzzy and unclear causing heavy sighs of disappointment from my brother and I, so dad would go outside into the cold and hand turn the 20 foot tall metal television antenna until he'd hear my mom yell from inside the house, "That fixed it!"

The movie is such a classic produced in stop-motion animation but thanks to improved animation, my children do not share in the same enjoyment as I do in watching it.  "Oh mom, the graphics on here are terrible.  Can I please just go to my room now?" they whine through an agonizing and painful voice.

On Christmas Eve, we opened our wrapped gifts and go to bed early so that Santa could come.  The next morning we'd awake before the sun rose to see that Santa had brought gifts of Hippity Hops and Rock-em, Sock-em Robots.

Santa continued to visit me well up in to my 20s stopping at my parents house to leave gifts for my brother and I on Christmas morning.  Just as I did as a child, I awoke before the sun rose and then I'd drive to my parent's house and wake them to see what Santa had brought me.

But it was Christmas Eve 1992 that I received the disturbing news that still torments me to this day; "Donna, you are 28 years old and there is something that you should know.  There is no Santa Claus! So, please don't show up at our house at 5:30 in the morning and wake me up to see what Santa has brought you because Santa ain't coming!" 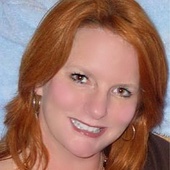