The word geek has evolved quite a bit over the years. It's now being used more than ever as our culture changes to embrace the many technologies we use in our daily lives. Once used as a moniker for anyone whose hobbies were not understood or embraced by the masses. But today the term is no longer limited in use as it once was.

With geek being such a prevalent modern language the word itself has begun to take on much more meaning than it once had. Terms such as "geek chic" or "geeking out" have recently introduced themselves into our slang adapted, ever-evolving English language. The formerly negative title is now more acceptable than ever, and even applies to hobbies considered popular.

In fact, people now can "geek out" on just about any subject. Any hobby is susceptible to this. In fact the more knowledge a person has about their hobby of choice, the more of a geek in that hobby they become. Discussing these hobbies in detail is now known as "geeking out". For example, in most of my posts I am geeking out about some great software or technology that excites me.

With the inception of computer science into almost every corner of our existence, modern day citizens find themselves compelled to learn and understand this technology. Those once deemed as geeks are now in charge of maintaining, creating, and troubleshooting the very technologies that make our lives easier. This change requires most of us to maintain a baseline amount of techie knowledge just to keep us from being left behind as new technologies are developed.

Basically, we all speak a little 'computer geek' whether we like it or not. Even the term blog itself is just geek for Web Log. We all use this term and think nothing of it. Now we even have Vlogs - or Video Blogs.

But as usual, I have my own two cents to throw in. I think it goes much deeper than this. In fact I believe we are each born with the geek gene. It just takes something a little different to bring it out in each of us. Everyone has a subject that they love to talk, discuss, or debate. Everyone has a hobby that they enjoy talking about in painful detail. And for each of us, it is these hobbies that bring out our inner geek.

So I ask you, what makes you geek out? Is it Real Estate? Is it following your favorite sports team, or another hobby such as mountain biking, yoga, or working out?

So where does that leave me? I'm quite sure I am a considered a consummate computer geek. But in addition because of my hobbies, I am also now an art geek, music geek, film geek, and since I like to play live music - officially a band geek. Because I hold a wealth of mostly useless knowledge in these areas, I have firmly established my geekdom.

Chances are that if you don't yet have a hobby such as this, one day soon you will. And when you find yourself rambling on about it in detail at your next social event, just think of me. Music, art, film, band, and consummate computer geek at your service. 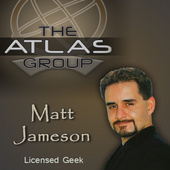 Get yourself acquianted with the latest in Real Estate technology, marketing procedures, and internet technology. Learn why my clients business cards and websites stand out from the rest, and consistently bring them business. Trust an experienced website designer and graphic designer who understands the real estate market. Southern Oregon website design. Medford web designer. Medford graphic design. Web design in Medford, OR and Graphic Design in Medford, OR. Affordable web design.