It's the Hatfields and the McCoys, the Blue and the Gray, the Union and the Confederacy.  Whatever label you attach, it is an all-out war in West Wildwood, pitting neighbors against neighbors, one political faction against the other.

The war has taken the form of employee suspensions, court ordered re-instatements, lawsuits, and even an upcoming mayoral recall election.  It's Peyton Place by-the-Bay.

There have been undercurrents of one side versus the other for a long time, but the war intensified in May, 2008 with the election of a new set of three city commissioners - Mayor Herb Frederick, Gerard McNamara, and Scott Golden.  The power had been transferred from the Hatfields to the McCoys.  The muskets and long rifles are loaded and ready.

The new mayor is a political rival of former mayor Chris Fox, who chose to retire from public life and not run in the election.  Along with his personable brother Alan Fox, the longtime police chief, the two Fox's were visible leaders of the little borough of 400-something yearround residents for over a decade.

Amongst the goings-on recently have been the firing of the city clerk - an ally of Fox - by Frederick.  A judge ordered her back on the job.  Frederick then suspended police lieutenant Jackie Ferentz, another Fox ally, in March, 2009.  He accused her of a number of violations, amongst those performing duties only allowed by the chief.  But documentation alleges that Chief Alan Fox, who has suffered with illness for over a decade, appointed Ferentz as acting police chief before he retired.

Ferentz countered by suing Frederick for interfering with her ability to do her duties as chief.  She also joined with two other West Wildwood residents to successfully get enough petition signatures to force a recall election of Frederick.  You guessed it.  Frederick has filed a lawsuit to stop the February 23rd election.

And so life goes on in the sleepy little fishing town on the backbay.  Stay tuned.  We'll have more stories of strife from the frontlines in the future.

I'll just never understand why in the world, folks that are looked to for leadership. Hafe to act like they are in elementary school sometimes. 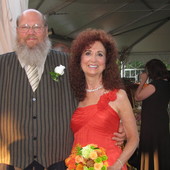