Most blame for today's housing market is rightly assigned to lenders. It's true, their low standards and poor qualification practices contributed mightily to where we are today.   Yes, they could not have lowered standards on government secured loans without political complicity but lobbyists worked hard to create a wider market for lending. Further, there were unscrupulous firms offering loan products that made no sense. Recently I read a homeowners deed of trust several times attempting to understand their Option Arm mortgage. I gave up and cursed the mess we're in today.

But, being the thoughtful and curious type, I keep coming back to questions. Why, if they couldn't understand what they were being asked to commit to, did so many buyers sign these documents?  How did so many homeowners go so quickly from closing date to foreclosure date?

It's complicated but a piece of it was the loan qualification process. Part of the problem is buyers equating "afford" and "qualify" as one and the same. Au Contraire! For many buyers, what they could "afford" was very different from what they could "qualify" to borrow

Buyers who read "qualified" as "affordable" overbought and found themselves overextended at first crisis.   Unfortunately, it's a sad fact that many homeowners who bought what they could truly "afford" also found themselves equally compromised when the bottom fell out and their jobs disappeared.

But, it's still true that we should all understand our personal circumstances and how much money we can "afford" to budget for housing. That is called "living within your means" - one of the dictionary definitions of "Affordable."

Modern economic culture seems designed to siphon away a significant portion of family income a few dollars at a time and understanding what's affordable is harder than ever to do.   Revised lending standards geared to modern living can help but a buyer's understanding of "affordability" is one key to future housing stability.

Groups:
Realtors®
Diary of a Realtor
Voice of Reason

Beverly, I remember years ago going to a GRI class and coming home and figuring out what we qualified for.  We were thunderstruck!  NO WAY would we put ourselved under that kind of debt.  I also remember saying that lots of people were going to get in to trouble.

Marchel, Exactly! you had a budget and boy, did they get in trouble.  I'm sure, there is so much regret in looking around a home you wanted enough to ignore all reality and realizing you are going to lose it and that getting it has ruined you for years to come.  It is so sad.

I had the same experience and thoughts as Marchel Peterson.  It is no wonder people are in trouble.

Thanks for the post!  I see it and think it anytime I see how a Pre-Qualification comes back to one of my buyers.  Most times I cringe to hear what they "Qualify" for.  Thankfully most of those who I work with are not going after the top of what they qualify for, but they have in mind the max per month they are willing to pay.

In a lot of cases, people will curtail other "needs" to own a home.

Terry, I totally agree.  Still, when your old car is totaled in an accident and your insurance company throws you a small bone that leads to a brand new big car payment or your wife requires surgery and your catastrophic coverage insurance plan now requires you to cough up $10k before it kicks in to help, I'm sure you would agree it would be a good idea to have some "needs" that could be put aside like dinner out, shopping at the mall or a family vacation.  It is the "needs" that are really "wants" that can be put aside.  Mortgage payments cannot normally be put aside and we see in todays market the consquences of too little planning for emergencies in decision making regarding housing.

Darla & Phil, Yes we've all seen it and what is astonishing given today's market is that we're still seeing it

I agree that it is not fair to blame the lenders.  I was lucky and saw no examples of predatory lending, they were just operating within the guidelines they were given.

Vic, Me too!  I saw complicated loan products but not predatory lending.  I saw Clients determined to buy if there was a product available.  I wish I'd been paying closer attention.  I'm not sure what I could have actually done - "your house, your money, your decision" - but still...

This reminds me of when we first sat down and filled out the paperwork to see what we could afford to pay for college for our daughter, according to the government.  We almost fell over.  There was no way we could come up with the money they said we could pay for our child's education.  I'm so glad we didn't believe them and made other arrangements. 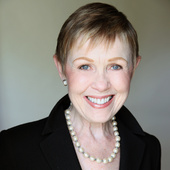