Many of the buildings downtown have put together spectacular visual displaysfor the 2010 Olympics.

This building is downtown it's the Hudson's Bay Buildingand has photo displays four stories high.

Hudson's Bay is where the official Olympic clothing line is available.

The 2010 Winter Olympics,  will be held on February 12-28, 2010, in Vancouver, British Columbia, Canada, with some events held in the resort town of Whistler nearby.

Here is some useful  information from Tourism Vancouver

Here are tips on coming to Vancouver and getting around once you get here.

Here's information on how to get around Vancouver during the Olympics

Here's more information on the 2010 Winter Olympics in Vancouver from Wikipedia.

Here are videos on Vancouver and attractions.

Here are videos from Tourism Vancouver 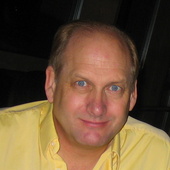