If you're anything like me you are always looking for stories to get inspired from. Great people that overcome great obstacles to achieve levels of success not only monetarily but in life in general.

Well this story is about a personal friend that migrated to the USA with his family in 1978 from Belarus in the former Soviet Union.  He was 3 at the time and his family broke and unable to speak English was looking for the American Dream. Within a few short years Gary's dad Sasha Vaynerchuk saved money from his stock boy position at a local liquor store to buying his own liquor store in Springfield, NJ. The store was mostly a liquor store with a simply selection of wines. Gary grew up in the store working summers with his dad and selling baseball cards on the side. Quite a hustler from a young age as he didn't want anyone to give him money without earning it. Gary went on to college and upon graduating with a marketing degree came to work at his father's store then called "Shoppers Discount Liquors". Being the late 90's with the web becoming mainstream Gary new the internet was going to be big so he started an online division named Winelibrary.com in 1997. By 1999 Gary convinced his dad to rename the store to Winelibrary and took sales from 4 Million to about 20 million by 2001! Gary then convinced his father and the town of Springfield, NJ that a larger building was needed for the business expanding from 4000 to 40,000 sq ft (pic below). See Gary is the kind of guy that believes 110% in what he does. He's not afraid of taking chances on success! Passion and hustle are in his DNA. At this point of success lots of people would have been quite content but his story is just about to begin... By 2005 Gary was selling a huge amount of wine via the internet through email campaigns that at times bothered some of the customers that would get as many as 3 emails a day from Gary about wines he was recommending. While driving on the NJ Turnpike on his 30th birthday Gary realized he wasn't completing tapping into the full potential of the internet. He got to work and saw a few of his employees watching these things called "video blogs" at lunchtime and that's when it hit him!

The very next day he sent one of his stock boys to Best Buy to purchase a cheap camcorder and within a few hours Winelibrary TV was launched! Day in and day out Gary filmed himself tasting various wines and rating them based on how they paired with food, tastes texture you get the picture! His following started to blossom and before long people were talking about this great wine show on the internet that was fun and took the mystery out of  wine and was educational. Business benefited immensely and within a few short years sales sky-rocketed to over 60 million dollars! Since then Gary has parlayed his success with Winelibrary TV into getting on TV shows like Conan O' Brien, The Ellen Show, Jimmy Fallon, Nightline, Mad Money, The big Idea, Every Morning show you could think of and a seven figure book deal by Harper Collins!

He along the line became a huge symbol of social media success with nearly 900,000 twitter followers that he communicates with everyday, facebook fan page, live streaming events on ustream.com and his latest book: "Crush It Why Now is the Time to Cash in on your Passion" which is a New York Times bestseller! Gary makes wine fun and easy. Every day on his show Winelibrary TV he ends by saying: "you with a little bit of me is changing the wine world!" He now does circuit speaking at Social Media Venues around the world and launched a media company "Vaynermedia" which he is providing marketing consulting for fortune 500 companies. He just turned 34! He also started a family within the last few years and states that his 1 year old daughter is his world. This is truly a man that has taken advantage to what is available to every one of us via the net and not forgotten what is important! One chapter of his book "Crush It" is called "CARE". That's the only word in the entire chapter! If you ask him why he succeed where others have failed he'll tell you he out cared his competitors! Our stories may be different but make no mistake that now is the time and I believe clients have never been more accessible with the social media that is at our finger tips! Gary uses social media like facebook and twitter to  "listen" to his clients! If your interested in learning more about Gary you can go directly to his sites at www.GaryVaynerchuk.com or www.winelibrarytv.com. Inspiration can come in many forms! Share with me some of your hero's in business and in life!

Great to read this blog on him.  I saw him when he came to Arizona in Oct to speak to a bunch of Realtors.  He was awesome and inspired all of us to go forth and make it happen.  What a cool guy.

I think that's such a great story..especially for those small time business goers right now.  Just be creative and find that niche and you could very well be on your way to success...and have fun while doing so!

Tom, Kudos to Gary.  I love that he had a vision and he went with it...only to realize his dream come true!

Barbie, I agree I could read about these type stories all day! I guess when u personally know the person it makes it a bit more special!

Laura, Thank u! Its great seeing you getting active with activerain :-)

Carole, Isn't it amazing! Sometimes I wonder how it feels to realize life dreams as I am still aspiring!

Tom, this is an amazing story!  Thank you for sharing it.

Susan, The thing that really gets me is that about 7 years ago he was telling me that he was going to take over wine industry and I thought that he was crazy! Guess who doesn't look so crazy anymore!!

Jami, Isnt it a great story? I love when people follow their passion and succed. Thanks for stopping by!

This is so great! It is such an inspiration to see someone follow their passion that way. Thanks Tom! 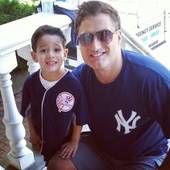