Only 65,000 people - about 7 percent of those who applied - have successfully navigated President Obama's plan to help borrowers who are in trouble, the Treasury Department said last week.

About 49,000, or 5 percent, have dropped out of the program because they don't qualify. Most of the remainder are still waiting.

Bank of America, the largest company in the program, has completed fewer than 2 percent of the modifications for 200,000 borrowers who signed up. The most successful lenders include Ocwen Financial Corp. and Carrington Mortgage Services, which have modified loans for 40 percent of their enrolled borrowers.

This is why the lenders need to be required to stop foreclosure proceedings until all of the borrowers options have been exhausted.  That would definitely include recommending a short sale.  It would be helpful if they would communicate more effectively.  I think if borrowers were prepared and given realistic expectations, which did not include foreclosure as long as they are cooperating with their lenders in attempting to reach an equitable solution, it would make a huge difference in outcome.

I have also read that loan modifications are actually affecting peoples FICO scores negatively by 50 to 100 points which certainly doesn't seem right!  They are trying to do the right things in the situation they are in and get penalized?  It just seems unfair! 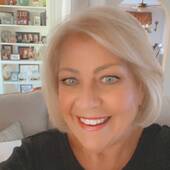