As you know the real estate market has taken a beating lately and as a homeowner I'm sure is a subject that you are keenly interested in.  There is some good news and some bad news.  The bad news is that home values have reached an 8 year low the second quarter of last year but the good news is that they have started to make the slow turn around the second half of the year.  The $140,000 median price point in the second quarter of last year was the lowest since 2001.  The fourth quarter median price is $147,000 showing an increase in home values.  Even though this looks like a big gain, historically the first half of the year tends to be weaker on home values than the second half.

To put everything into perspective the median price of a single family home in Lake County was $316,000 the second quarter of 2006.

Overall sales are up across the county by 25 percent in the fourth quarter compared to the same time last year.   This is because investors are looking for good deals and homes are now affordable enough for many to buy.  Lenders have tightened up the lending requirements, credit scores are now more important than ever in the equation for buying a home.

What does this mean?  It looks like the free fall in house value has ended.  We may bounce along the bottom for quite some time before it substantially goes up.  The reason is that there are huge backlogs of foreclosure homes that haven't hit the market yet that need to be processed through the system.  Banks are holding many back and only put a few out at a time so not to flood the market.  That has stabilized the current market but as long as they keep being offered buyers will still look for bargains.

At the current time the inventory of well priced homes is low giving the opportunity for a quick sale because of less competition.  We have been seeing multiple offers in many of these cases and it often sells for more than asking.

Unfortunately sellers have to compete with the banks so they have to be realistic in their expectations.  Overpriced homes are being ignored by buyers month after month while the sellers hope that the market will turn around or that someone will be willing to pay more than what the market will bare.  That simply won't happen in the near future. 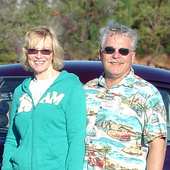 DISCLAIMER: Ray Perry disclaims liability for any damages or losses, direct or indirect that may result from use of or reliance on, information contained in the blog or for accuracy of comments or opinions of visitors to my blogs.