What a night.  Massachusetts speaks for WE THE PEOPLE!

This has to be the clearest message the Obama administration has received.  Almost a year to the day Obama was sworn in - he got a resounding DEFEAT!!

This will energize American Patriots across our country to continue to Kick The Bums Out in November.

"I will vote for the person who will serve the best interest of the people not the party."

Me too.  That's one of the reasons I think both parties are 'out of style'.  To my grave, I will advocate an honest debate about any and all issues.  If we agree on everything, we're in trouble.

While I think Brown's Victory is a bit over-stated by the right/people that support his/their policies, it is another example that continues to make our Country great on the ideological front. 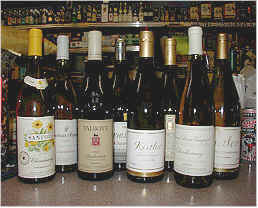 Just to pick up on what Jason said...it's great to live in a country where no matter who wins the election, the government and the system continue to function.  Whether we like who won or not, there are no riots on the streets and the revolt happens in the polling booths.

Congrats to the Miracle Man!

Sardi, Is that wine?  I don't drink that either.  Ho Hum.  Belvedere, Crown, Myers are my drinks.

We have several months to see how this shakes out.  It may or may not shape the future.  I will shake up Washington. Look for them to start pulling out the stops on unemployment and the economy.

The Revolution starts in Massachusetts, Again!

For the first time in over two years I feel hopeful.

Joseph,  The first Revolution started there with Samual Adams.  Mass came through again.  So proud of our fellow Americans.

watching a replay of the Brown speech now, ole fat woman killer Ted Kennedy has to be rolling over in his grave!

Hell yeah we won this one. And in a big huge way.

Did I handicap this race right or what? I am so so happy:)

Georgia, I have to agree.  Hope is restored.  We can do this,

Larry the dems are rolling period.  Pay backs are hell.

Mike, you are amazing.  Yes you did have it on the money.  Do you handicap football too?

@Will - the close equivalent here on AR is the flag feature.

no just when they are "sure bets" like this election was!

Yea Massachusetts, living up to their historical reputation!

Mike,  The administration still does not get it.  Its all Bush's fault

Gene, Our revolution started there initially.  Looks like history is repeating itself.