I have a home both in New York and in Florida.  New York has been hit

very hard due to politics.  But New York is New York and when you hurt Wall Street , you

the rich feed the poor.  When we fly they tell us, if an emergency, to put the oxygen

mask on ourselves first before helping others. The rich can afford to sit out when

the economy is down, but main street can't.

Now did many on wall street take advantage during the real estate bubble,

well, of course, they did.  However, what about us regular Joes.  You couldn't go  to any

party or restaurant and not hear someone buying homes in Florida and flipping them.

of the bad mortgages.  On financial shows we were beginning to hear in 2005 that real estate

was beginning to bubble but no one was paying attention.  Realtors, mortgage brokers,

investors, restaurant owners, waiters, were all making money and it was great times.

But those of us who have been through other times, know that what goes

up does come down and then eventually will go back up again.

What I think has exacerbated the problem, was blaming wall street for

buying or renting homes, having seminars in Orlando, Florida or Las Vegas, NV..  This in

Now it seems they want to tax Banks.  Oh Great!  Main street will be

paying for those taxes.  Just because taxes aren't taken out of our paychecks, doesnt

called a tax.  Main street is not stupid and they are getting it now.

In reality, the real estate market is returning, which makes me very

happy.  Becoming financially independent is a great thing, don't you think!  So if we

stop bashing the rich, allow companies to fly their employees to seminars again and

give  tax relief to everyone, I believe good times will be here again. 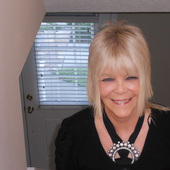