A very real problem in our own backyard.  Please don't look away, this could be you someday.  Let's all do our part to help those that want it, you'd be surprised how many do.

"There but for the grace of God, go I" - attributed to John Bradford, 16th Century

In any given night in America, 700,000 to 2 million people have no home to go to. Staggering statistic? Yes. And these numbers were from 1996.

In Colorado Springs, Fountain Creek runs parallel to Interstate 25. It has become 'home' to many of the city's considerable homeless population. It is estimated that Colorado Spring's chronic homeless number about 350 persons, and about 750 more have joined the homeless population due to job loss. That puts the number of people living on the streets, or along the creek bed, at approximately 1100. Local Shelters are filled to capacity, and while the city struggles to find a solution, the homeless camps remain. Some cities around the country are providing basic services to their 'tent cities' on public land, such as portable toilets, (which I saw today at a few of the camps I photographed), trash pick up, firewood, and mobile medical vans. A few of the homeless are there because they want to be. Most are not. Why not designate an area, provide the needed services, and give these people a place to live with some dignity while we all await better times? Proudly, in just 24 hours, we as Americans donated 10 million dollars to the relief effort in Haiti. Granted, it's not on the same scale, but are the fast growing tent cities across America not also a crisis? Statistics show that most homeless are men. But more and more women and children are joining them as families lose their jobs, and with them, the ability to pay rent. This is a cold, and dangerous way to live.

While I took these photos in Colorado Springs, I'm sure they are indiscernible from any other city in the country.

While researching statistics for this post, (very little current data exists), I ran across an online book by Kenneth Churchill, called the American Homeless Land Model.  On the very first page, I read something that I had never considered before.  I emailed Mr. Churchill asking permission to use it in this post.  I wrote this post before hearing back from him.  I am printing this shocking truth now, with his permission:

"The law forbids the common lands as a place of abode for the accruement of resources and the protection of life and property. There is not one square foot of land in the United States where a homeless person can stand, for a moment in time, legally. It does not exist. Homelessness is unlawful. A Homeless person's existence is unlawful. Their homelessness status is a condition of perpetual criminality. They are continually on someone else's land; inevitably asked to move on to some illusory lawful destination, presumed to exist, but never found."

I would also like to add that I emailed our local Pikes Peak Association of Realtors today, and received a swift reply of support for a call to action among our 3,000 members.

Question - What is NAR doing to help?

Position yourself above your competition - Utilize a "Real Estate Showcase" Slideshow as a listing tool.  Post it on your own website - Realtor Showcase Members can upload it to Realtor.com - Post it on your blog to showcase your listings.

Photos taken by Debi Boucher, DBoucher Photography, all rights reserved, may not be reproduced without express written permission.

It is heartbreaking.  I often think what is happening to the families that have lost everything, I imagine it is something like your images.  I hope they can find a way to a warm and beautiful climate and peace until their luck changes.  Oh so many have been impacted by all the mess started by the housing crisis started by the lenders started by the foreign investment funds started by the list goes on.  And don't forget we are a country at war, they just don't put it on the news anymore unlike the Vietnam War where public outcry was much stronger I believe due to the media's explicit images. 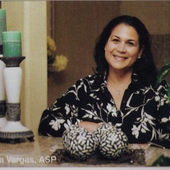