The following article from Diana Golobay discusses sweeping changes to the FHA insurance program.  These will make it even more difficult to qualify for a mortgage.  David Stephens, the FHA commissioner is making these changes to address the underperforming FHA paper and the fact that FHA's capital reserve ratio fell below the congressionally-mandated 2% minimum.

These changes will effect how much money a client needs to bring to the closing table and makes it more difficult to qualify.

I understand the need to stop the bleeding somehow.  When a patient enters the ER with "low blood pressure" and other symptoms of profuse bleeding, the DR looks to find where the patient is bleeding and then places pressure on the area to force the blood to coagulate.  If the patient has a large wound in their leg, the Dr. applies pressure to the leg.

My point is this.  States like California, Nevada and Florida are the states that allowed this to get so out of hand.  They are still bleeding profusely in those areas.  In fact, a recent congressional report says that 95% of homes in Nevada currently have negative equity.  Texas has been a model state.  Property values have actually increased in sevaral areas, and we are experiencing phenomenal population growth.  Tightening the restrictions on FHA insured loans will only hurt the market.  It will hurt all markets, including Texas which is doing pretty well.  I urge you to write your congressman and ask them to stop these changes from taking effect in the Spring and allow them to apply those changes regionally, where they are needed most.

"These changes are overdue," Stevens said in a press call, adding the changes should be "significant but not overwhelming" to the lending industry.

The overhaul comes after an actuarial study reflected the FHA's capital reserve ratio fell below the congressionally-mandated 2% minimum. Ahead of the study's results, FHA implemented several policy changes, including measures to streamline refinances and establish appraisal guidelines, as well as a proposal to raise the net worth of FHA lenders to $2.5m.

Among the new changes announced Wednesday, FHA will increase the mortgage insurance premium by 50 bps to 2.25% - from 1.75% - effective in spring through a mortgagee letter.

FHA will also implement a new down payment system where borrowers only qualify for the 3.5% minimum down payment with a FICO score of at least 580. Borrowers with credit scores less than 580 will be required to put down at least 10%. Stevens would not comment on what percentage of FHA borrowers would fall under the latter category.

FHA will also reduce allowable seller concessions from 6% to 3% to make FHA's program consistent with the marketplace and reduce the risk of price inflation at the time of purchase.

Stevens said FHA will seek to increase its enforcement of standards on FHA lenders by first publicly reporting lender performance rankings as of February 1st. This will "hold lenders more accountable" and keep them informed of where behavioral expectations should be within their peer group.

FHA will be pursuing legislative authority to increase enforcement through additional amendment to the National Housing Act that would apply indemnification provisions to all direct-endorsement lenders and would essentially require lenders to assume liability for all loans they underwrite.

Stevens said FHA is also pursuing legislative authority that would permit it to establish separate "areas" for purposes of lender review and termination under the credit watch initiative. This initiative, he said, would let FHA withdraw originating and underwriting approval from a lender nationwide based on the performance of regional branches.

The changes reflect what Stevens stressed are the priorities at the FHA - to get the capital reserve headed back to the minimum requirement, to keep from disrupting the housing finance industry and to support under-served first time homebuyers. 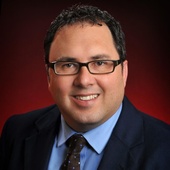