Haiti: How Greenies Can Help

One of the No. 1 questions on social media outlets and blogs during the aftermath of last week’s 7.0 magnitude Haitian earthquake was How can I help?

While President Obama has pledged $100 million in disaster relief, there is an onslaught of mass mobilization efforts to deliver aid on a citizen level. Casualty estimates have towered above the 100,000 mark, and hundreds of thousands of structures have crumbled to the ground.

As the poorest country in the Western Hemisphere, the estimated billions of dollars of needed for future rehabilitation and cleanup efforts in Haiti may be hard to come by.

On Jan. 12, a 7.0 magnitude earthquake and more than 20 aftershocks hit the small impoverished island of Haiti and its 9 million inhabitants. Photo: CIA World Factbook

CNN reported last week that the top resource aid workers are asking for is monetary donations. But with the alleged scams floating around the Internet, how do you know what organization properly handle your donation? We dug up some cool charities that are doing things for Haitians on two levels: disaster relief with an environmental twist.

In the aftermath of the disaster, humanitarian relief organization World Concern searched the rubble of its five offices in Haiti for survivors. Of the 120 staff members, about 80 have been accounted for. While the group is undergoing its personal loss, it is still set on providing blankets, plastic sheeting and emergency supplies of water to the victims of the earthquake.

Seattle-based InterConnection.org is now working with World Concern to start the rebuilding process by sending refurbished laptops to the organization in Haiti. InterConnection will take your working Pentium 3 or 4 laptop, wipe its hard drive, equip it with French Microsoft Windows and Office and ship it to the the communication hubs in Haiti.

” Imagine the loss of computers in this disaster. Schools, hospitals, NGOs would all have lost hard drives and laptops. They have no resources to replace these items,” said World Concern spokesperson Susan Talbot. “We work with orphans and vulnerable children and their caregivers. We have five offices around Haiti having sustained unknown amounts of damage. Our capacity to respond to disasters relies on our capacity to communicate not only with each other but with donors and funders, sharing beneficiary stories.”

“The bottom line is that this is super easy. Anyone can fill out an online form, and we’ll pay your shipping costs. Our goal is to get at least 100 laptops to Haiti.” InterConnection Director Charles Brennick told Earth911. “Laptops make more sense in this situation [as compared to desktops] because, in Haiti, there isn’t a reliable power source, and there are a lot of mobility issues.” The ShelterBox team arrived in the island’s capital on Jan 14 and have already been in contact with government officials. The completely self-sufficient team has set up base with the help of a Haitian Rotarian. Photo: ShelterBox

With more than 3 million living in makeshift shelters among the destruction, U.K. based ShelterBox is moving quickly to provide temporary refuge by literally distributing shelter in a box.

Each box supplies an extended family of up to 10 people with a tent and lifesaving equipment to use while they are displaced or homeless.

The cost of a box is 490 British pounds (about $800). This includes direct delivery and a unique number so donors can track their contributions. So far, the organization has already sent out more than 700 boxes.

“Our team around the world are doing all they can to ensure aid reaches the people of Haiti as soon as possible. With each day the need grows and we’re doing all we can to get help to the thousands of families affected by this tragedy,” said Founder Tom Henderson.

“The response from our volunteers and supporters has once again been sensational. We can’t do this without the public’s compassion and generosity. If you can help us, even in the smallest way, then please do.”

3. Send in your cell phone.

In a scene that has been compared to the “apocalypse,” communication for both families and aid workers is paramount for survival. Last week, ReCellular partnered with the American Red Cross to provide communicative support by accepting used cell phones for donation.

“The devastation in Haiti is slowly becoming all too clear,” said Steve Manning, ReCellular CEO. “Sending in your used phone is a simple and effective way to help with the rescue and rebuilding efforts already underway.”

With more than 1 billion used phones sitting on household shelves, chances are you may find that old Nokia in a box at the top of your closet. Rummaging through your storage and donating that defunct phone may be instrumental in providing relief.

All you have to do is simply download a prepaid mailing label. ReCellular will give 100 percent of the phone value as a contribution to the American Red Cross. Charities have already earned more than $20 million dollars in contributions through their partnerships with ReCellular. Reports from the ground say Haitian structures have crumbled and folded "like pancakes." Photo: Flickr/caritasinternationalis

Just one day after the life-changing quake, Architecture for Humanity Executive Director Cameron Sinclair tweeted that the organization had raised more than $7,000 for @archforhumanity in first day for rebuilding Haiti – and that was just through Twitter.

A nonprofit sustainable design company, Architecture for Humanity will primarily work in the reconstruction phase of post-disaster Haiti, focusing on transitional and permanent housing and community structures.

Sinclair says the need for now is relief and recovery, but that will very soon grow into long-term construction projects. You can support Architecture for Humanity through online donation.

“I cannot stress enough what a human disaster this is, and idle hands will only make this tragedy worse. The over 2 million people in Port-au-Prince tonight face catastrophe alone. We must act now,” said Yele Haiti Founder and Grammy-Award winning musician Wyclef Jean.

A native of Haiti, Jean is pushing his grassroots movement to build global awareness of the disaster – and his main platform has been through social media and texting. Donors can make a $5 donation in less than 30 seconds by simply texting YELE to 501501. A trending topic on Twitter for most of last week, Yele raised more than $1 million in donations in just one day.

But Jean isn’t sitting in his posh celeb digs in Hollywood. The Goodwill Ambassador has been on the scene, clearing bodies in Port-au-Prince as he calls for the government to declare a state of emergency. According to AFP, Jean is calling for at least $1 million a day in donations for the country and that within a matter of days, the whole country will be in a state of chaos.

Amanda Wills is the Assistant Editor of Earth911.com 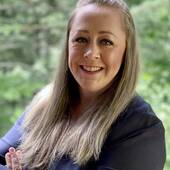