Too corny, but tonight it seems funny. Guess this day has gone on too long!

In order to keep you abreast of the ever-developing world of musical terminology, we provide herewith the latest additions to the esteemed Harvard Dictionary of Music:

A PATELLA Accompanied by knee-slapping

APPOLOGGIATURA A composition that you regret playing

APPROXIMATURA A series of notes not intended by the composer, yet played with an "I meant to do that" attitude

CACOPHANY [aka CACOUGHONY] A composition incorporating many people with chest colds

FERMOOTA A note of dubious value held for indefinite length

SCHMALZANDO A sudden burst of music from the Guy Lombardo band

VESUVIOSO An indication to build up to a fiery conclusion

Brenda, Thanks for the smile! This reminds me of the drug company name-game. I wish I could find it!

hahahaha! Loved that, I am a musician :)

You can bet that them thar Harvard kids put this together...what wit and creativity have they.  My favorite "Placebo Domingo"!

Love it!  I didn't know you had such a sense of humor.  Guess you just need the right forum.

Thanks Brenda, I always wondered what a Placebo Domingo was too. 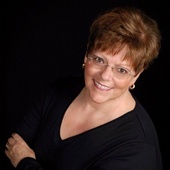 over 12 years ago
bookmark_border
A Complaint Free World! I Love the Sound of That! ...
View more Recent Posts   arrow_forwards

Thanks for checking out my blog. It's all about real estate, property for sale at the beach, resort properties, reading, good music, church activities, leadership, motivation,investment public speaking. international real estate and anything else that happens to cross my mind.