Oceanview Resort and Spa, formerly known as Cable Bay is one step closer to receiving approval to proceed from the City of Nanaimo.  The third step of a process to include a proposed 190 hectare development master plan into the Nanaimo Official Community Plan is set for a public hearing.  The first two readings were passed by the Nanaimo city council in mid-December clearing the way for the next step in the development process.  With development land for Nanaimo Real Estate becoming more scare the south-end of town is where the future of development for Nanaimo Real Estate is heading.

Oceanview's master plan was unveiled in November, and if approved as part of the OCP, will include 2,677 housing units, a golf course, spa and retail centre in Nanaimo's south end.  Originally the plan included a 600-slip marina, but that is no longer part of the Plan. It is expected that the city would receive more than $7 million in property taxes annually, $19 million in development cost charges and the creation of almost 500 jobs over several years

The next hearing will be a public hearing to ensure the master plan meets all bylaw requirements, which according to the project manager it does.  Thus far, it has gone through city staff and the plan has been recommended by the Plan Committee.

Should the third and final reading pass there will be phase development agreements as well as subdivision and rezoning applications to be completed as well as future public hearings before construction can begin.

Currently the golf course has received proper zoning and it is hoped that ground will be broken on that aspect of the development sometime in 2010 with an anticipated completion 12-18 months later.

For further information a copy of the Oceanview Golf Resort & Spa master plan can be found at the city's website www.nanaimo.ca.  Enter "Oceanview master plan", in the Search box for the City of Nanaimo's web-site for a detailed copy of the plan.

For more information about the local real estate market go to: www.kimbihari.com 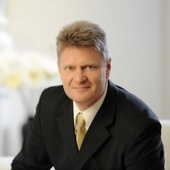