All mail to the Secretary

Sat. Jan 30 - Open Installation of Officers for 2010 at the Scottish Rite

Our Lodge was chartered on April 22, 1953 and it was named Village for the village of Miami Shores in Dade County, Florida where it is located.

The Lodge is on the main road of a beautiful residential area and close to a number of universities among them Barry University, FIU Biscayne Bay Campus, Johnson & Wales, as well as to Miami Beach and the Design District

A society of men concerned with moral and spiritual values. Members are taught it's precepts by a series of ritual dramas, following ancient forms and usages of stonemasons' customs and tools as allegorical guides.

Who founded Freemasonry?
There is no recognizable "Founder". Freemasonry is considered by many as originating, or developing from a professional guild of Operative Masons (practical builders). The building practices and professional traditions, were universal, and not the product of any one people or time.

Why Free Masons?
Operative Masons, particularly Master Masons, were legally free to travel in foreign countries and work in various construction sites, as their profession required. Highly unusual in ancient times, when travel was either forbidden, extremely costly or highly dangerous. Consequently, they were usually not subject to the laws, rules, and taxes of any one particular country, king, or prince for whom they worked.

How old is Freemasonry?
This depends on what is meant by "age". According to the oldest Masonic document available, the Regius Poem, it is implied that some form of organization of builders existed as early as 926 CE, chartered by Athelstan, the legendary King of England. If similar traditions and initiation rituals are considered, Freemasonry can be traced back to ancient Egypt, Greece or Rome. If a formal, legal establishment is meant by "age", complete with a recognized set of rules, laws and regulations, the first modern (Speculative) Grand Lodge came into existence in 1717, in England.

Why Speculative?
Speculative Freemasonry is a descendant of the Operative Freemasonry. It began by admitting to membership in Operative Lodges men who were not necessarily builders, but were interested in the moral, ethical, and philosophical teachings of the Masonic Fraternity. The Freemasonry of today does not involve practical construction of buildings, but in a pursuit of moral knowledge and self improvement.

What are the Ancient Landmarks?
Though theoretically Landmarks are fundamental laws, which no Grand Lodge should be able to make or unmake, adopt or repeal, over time and due to historical or social circumstances, different Grand Lodges around the world developed various lists of Ancient Landmarks. The Landmarks of each Grand Lodge are unalterable by any individual or group except in due process by the local Grand Lodge. Every Freemason should ascertain what his own Grand Lodge has adopted (or not adopted) as Landmarks and govern himself accordingly.

Most Grand Lodges will agree that at least seven Masonic fundamentals are considered Landmarks:

Is there any reading required?
"Nullius in Verba" (in Latin: On the words of no one). Masonry does not have any "required" books or readings except the Masonic Education Booklets and the Masonic Digest, both isseud by the Grand Lodge of Florida and explain, respectively, the rituals of the Degrees and the rules and regulations that govern the Fraternity. There are also the Lodge By-laws that spell the rules under which the Village Lodge operates.
Once a Mason, you will find your own path among the thousands of books and articles based on your own choices. However, to help you start your quest for "light" in Masonry here are a few websites you may find useful: 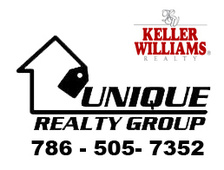