I inspected a home this week that has a sump pump. We had a warm up and it melted off 8 " of snow. Needles to say, I found 2 inches of water on the bare cement floor that had came from the sump pump pit. Thank goodness the electric panel was not in that area. I could see that the pump was plugged in. So I went to the panel and found that the breaker was in the off position. I flipped it on and the pump did its thing. Later on in the inspection, the Realtor showed up to lock up and make sure everything was shut down. I was done and I told her about the sump pump being turned off and the water on the floor.  We went down stairs to look at it. She then went over to electrical panel and shut off the main breaker to the panel. thus killing all of the power to the house. She had turned on the power for me before she had left. And what did she turn off?  The sump pump! I told her that she had turned it off. she said that she was only following the directive of the bank to shut off all power in the the house! So what am I trying to say here? If you are listing the home for the bank, make sure that you impress on them that they really need to at least leave on the sump pump to help prevent water damage to the interior areas. In this case, the water was only 8 feet from the family room that has beautiful hardwood floor that would have been destroyed if the water had made it there. Thanks for letting me rant here, and may you all have many happy sales, and inspections.

A typical bank directive for a home with a basement would be to leave the main breaker on and turn off all circuits EXCEPT the one that takes care of the sump pump.  If there were no basement or sump pump they would probably have the power completely off with the home winterized.

By the way, most sump pumps have a check valve in the vertical discharge pipe.  That check valve holds water above it.  If the home is winterized that water is eligible to freeze up just like any other water.  Usually the basement is the last place to freeze, so the owner will usually get away with it.

I have also run into owner's representatives wanting to turn off the power in the winter after inspections BEFORE the home has been re-winterized.  Everybody beware.

That would make a great argument in court.

Like
Al Wright
Affordable Canadian Home Inspections - Hamilton, ON
Have your inspections performed the Wright Way Having all the breakers off except the sump pump is good, if the temperature is above zero. If its below then the house needs to be winterized or they can burst the pipes. Like the inspection I performed yesterday at 29F and no heat in the house. Notice th ecopper pipe on the right that looks like it has a bubble on it, which is though a split pipe

Just stopped by to invite you to the ActiveRain Super Bowl Party. Stop by if you get a chance. Geaux Saints! 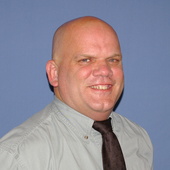