According to all market indicators, the ﬁrst quarter of 2010 will have the biggest jump

unfortunate down turn.  The government has been purposely creating programs to

give buyers an incentive to purchase now.

There are three reasons for this.

First: According to the National Association of Realtors, existing home prices in the

northeast have dropped by 13% as compared to the same time last year.  This drop

makes it more affordable for ﬁrst time buyers to purchase a home.

Secondly: Interest rates today are being held at an artiﬁcially low level due to the

government action of buying Mortgage Back Securities.  As of March 31, our

And ﬁnally: According to knowledgeable economists we should start to see a steady

rise in mortgage interest rates.  Ideally, this would result in the buyers motivation to

purchase now, rather than later so as to take advantage of these low interest rates.

This critical knowledge is supported by many respected sources, as shown below.

rates will nudge closer to 6% than 5%

6 percent that sounds about right

but interest rates increase by 1 percentage point, that would mean the same monthly

A little known fact is that Federal Homebuyers Tax Credit, was expanded to

www.arthurhasher.com/taxcredit.  This amazing opportunity is set to expire on April

The Supply and Demand Theory

Considering all of the factors above, the ﬁrst quarter in the Plainview Old Bethpage

real estate market is an amazing opportunity that should not be missed.  If you take

advantage of the knowledge provided here, you would have your pick of the litter and

the cream of the crop would be made available to YOU.  There is so much inventory

to choose from, now is the best time to act while all the best the government has to

offer has been made available.

For sellers, NOW is the best time to get your home on the market.  No one would

want to miss such an opportunity in this ﬁrst quarter, with such highly motivated

buyers.  The second half of the year does not look as promising for the existing

home sales around country, or for the Plainview Old Bethpage area.

After this ﬁrst quarter, the government appears to be moving in a direction that would

experiencing.  This problem will be the subject of one of my many future blogs to

come, so please return for future details on the subject of the United States serious

Real Estate troubles.  Thank you for your time.

Art,  wealth of information here---Thanks for sharing! I will have to bookmark and re-read at later time :o)

I agree, it's a great time to buy. I'm not so sure it's a good time to sell unless you are buying up or have to sell. 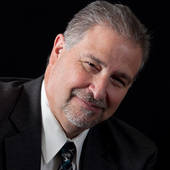