I debated on whether or not to blog about this particular instance just because it is a bit personal and I am quite sure that the principle involved would be quite embarrassed if their identity were given so we will keep this as anonymous as possible.  A friend of mine has parents who moved here from Mexico in the 70's and made great money in the wine industry and ran a 3400 acre vineyard in Northern California for more than 30 years.  After several weddings a costly college tuition and a vacation getaway home in Mexico and several other large expenses it soon became apparent that in this economy with the rising costs of living and lack of any sort of retirement or profit sharing program from the grueling vineyard career mr and mrs "lopez" began to realize that the savings would soon dwindle and they would be forced to make a tough decision.  With a home that was purchased in 1998 for 544,000 the lopez's felt at least somewhat secure in that they had equity in their home which they had dilligently paid for promptly at the first of every month for more than 11 years.  When advised to seek a second mortgage or "trust deed" here in the golden state, the bank obviously required an appraisal.  They were devastated to find out that their beautiful home was now worth a small fraction of what they paid thus far let alone the entire price.  To make a long story short, two years of five figure property taxes as well as all the other economic landslides we are all currently facing, the lopez family decided to walk away from their home they have paid so many thousands of dollars to enjoy their family and complete their lives.  REO's happen every single day all over.  I constantly hear about them and often comment on the "low price" or what a "steal" it may have been.  In the real estate industry some would even consider these "good deals"  But to the Lopez family it is a direct result of poor long term planning and some impulsive spending and poor money management.  Now they will pack their things and be on their way back south to the town they left over 30 years ago to pursue the American Dream....  When I asked them why they don't talk to their banker and possibly adjust their monthly payment Mr Lopez replied  " I have tried to be proud and walk tall but I am too old to work and I have run out of money.... Maybe in Mexico I will have a "new beginning"  I wish them the best of luck and after personally interacting with them and hearing their story I truly believe I will look at a Foreclosure just a tad bit differently~

Thank you for sharing an informative and helpful post.

Thanks for putting a face behind the foreclosure.  We do think of these as just "REO's" but there is a story behind each one.

How terribly sad for this family. Personally I hate showing foreclosures that have evidence of children in the home.

It's amazing how much damage our financial system has caused. Thanks for sharing the human factor behind these foreclosures. I really hope we will learn from all the pain we're experiencing as a nation. 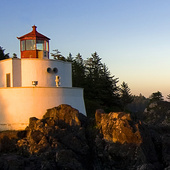