House honcho Barney Frank feels that it's time to let these two GSEs, the home loan superstars that have for a long time dominated the secondary mortgage market, expire. Instead of trying to fix them, they should be strapped down and given some liquid that puts them to sleep.

Fannie Mae and Freddie Mac, in all honesty, have had their problems lately. Years ago they were rocked by management shenanigans, including cooking the books to allow top leaders pocket fatter bonuses. Sounds familiar? More recently they have suffered heavy losses as the real estate market flew right over the cliff and were eventually taken over by the government. But just about every mortgage lender or investor out there is taking it to the chin now, so it's quite common these days.

Regardless, debate has been underway for a while about the future of these important mortgage organizations and now it may be coming to a head. One way or another. There is quite a bit of support in Washington and elsewhere for their outright dismissal. Frank wants nothing less than wipe them off the face of the mortgage scene and bring in a brand new replacement structure. Okay. Perhaps everyone ought to take a deep breath and think this thing through before rushing into anything totally new.

See, the management problems occurred because the governmental oversight by HUD and the Congress was lax. The housing market was doing just peachy early in the decade, actually too peachy, so everybody basically left them alone to knit their little accounting schemes. When the cat is away the mice dance on the table. Tighter supervision would've kept Fannie Mae and Freddie Mac on the straight road. This is hardly a good reason to dismantle these firms. Perhaps the oversight segment should be looked at, and possibly replaced.

Same thing goes for the recent losses. Some realistic red flags were raised by industry experts as the real estate market accelerated toward the pinnacle, but these GSE's, like most private mortgage lenders, ignored sound lending practices and are now paying the price. Like the entire nation is. Again, the oversight was inadequate, missing the boat.

Fannie Mae and Freddie Mac do need some changes to meet requirements of today's difficult housing and mortgage markets. They don't have to be boarded up.  Combining might be the ticket, bring them under one roof. Even if they were tossed by the wayside, the spanking new entity would still need a strong oversight function to do any better. That's the key.

My goodness,another can of worms.  I seriously think Barney LIKES shhoting himself in the foot.

Esko this is so tipical of government, in stead of fixing the problem and coming down on those that created it.  So come down on the agencies and transfer the clowns that a new agency to keep on ripping off people under a new name.

The answer is to hold them accountable to the rules, and if they still don't follow them put those making the big bucks out on the street and not the little guy who had nothing to do with it.

But what we will most likely see is more rules so that the boys in DC can claim that they are doing something, but in reality they don't have any intention of enforcing the bogus rules that they created.

MY GOD, how do other countries survive without programs like FHA, VA, Freddie, Fannie, Ginnie?!?!  How do they do it?!?!?!  They must be so envious of the USA;O)

Look at Germany, Sweden, etc...healthy economies yet lower home ownership rates.....hmmmm...maybe home ownership isn't what it's all cracked up to be....

Oh boy -- my thoughts of Barney Frank and his cronies are hardly printable.  I think he'd look good in stripes and matching bars.  Ending Freddie and/or Fannie would be a great sacrifice to protect the complicity of the "Franks" of the world.  It seems to me that something is amiss that these folks can amass the power they have and mess all our lives up and carry on like it has nothing to do with them!  It's amazing.  Greed and power is surely a terrible evil and corrupter.

Wow, I agree that Fannie Mae and Freddie Mac worked fine for many years as the major players in the Mortgage World. It is such a shame that it was not regulated better and the shananigans that went on led to this crisis. (Shame on Barney Frank).

I am from Massachusetts and hope that the election of Scott Brown sends a huge message to Washington.  We can not tolerate the mismanagement of agencies that are so integral to our economy. Transparancy in government and services that effect our economy!!!

I hope that someone with half a brain can give Fannie Mae and Freddie Mac the CPR it needs to serve this country in the way that it was intended.

Len Harley makes a great point!!!!  Many posters are not ignorant to the truth of the matter.  Too much home cooking by the ones in charge.  We don't need to allow them to focus the blame on Fannie and Freddie.  I don't know if our economy can be saved.  Too much greed - everywhere.

Their problems are entirely fixable.

The secondary market is here to stay and needs strong players like these two GSEs.

Precisely. They should do nothing right now while the housing market is still in such a bad shape. Some minor adjustments might be in order but that's about it.

DC is one of a kind place, that's for sure.

The getaway car is a good one.

Agree. They are part of the housing infrastructure.

Right. Their dismissal would throw the housing market upside down.

Hopefully the situation gets fixed soon so we can avoid any major upheavals.

I thought this needs to be discussed here on AR and hopefully our views will be heard beyond the network. Thanx for the support.

He may have to back off on this one.

Lots of good comments that hopefully will be listened to in Washington.

These GSEs should be left alone at least for now.

Well put. Inadequate oversight is largely to blame for their problems.

Fannie and Freddie are the bedrock of the housing market.

Accountability, that's what we need everywhere.

Exactly. Think it through before acting.

A nice repair job would do it.

Giving banks a bigger slice of the pie might be behind this plan.

Thanks for broadening the discussion here.

Over-correction will just cause more trouble down the road.

Eliminating Fannie and Freddie would alter the mortgage landscape in a major way.

That's right. They need fixing but should be kept in business.

Thanks for coming by.

You are right on. Accountability would've avoided their problems, so the oversight function needs fixing, not the GSEs themselves.

We should consider adapting some of the programs other countries have.

Thanks for stopping by. Complicity protection could be behind this plan.

Exactly, they have done a great service to the housing market and could be fixed with the right tools.

Looks like the oversight people are trying to slide out of responsibility here.

Precisely, that's what we need, another huge governmental agency.

Esko: The question has to be asked; what would replace them? Portfolio lenders are not the answer. The market would hugely contract. Look at their market share now. It is miniscule. I bet the government will swoop in once again and bail out Fannie and Freddy. Is this the right thing to do? Probably not. I'm a free market guy but there has to be an alternative and I'm not sure there is one right now. Thanks for the post!

It would be ill-advised to scrap them altogether. Reshape them a bit would probably work best, and provide meaningful oversight.

Feb 03, 2010 06:30 AM
LIKE
#52
Anonymous
Dolly
Yep absolutely right.....now let's fix it.Bush will get baelmd no matter what. If it happens on your watch you go down with the ship.You know if a democrat was president at the time you and the GOP would have been ripping him or her a new one....that's how it works.This all did not happen in the past two years that Congress was democrat controlled, all those politicians in both parties have a hand in this shit. Did you see they gave themselves a raise today?
Jul 18, 2012 05:22 PM
LIKE
#53
Show All Comments
Older Post Newer Post
Back to Top
Find what you need?
See More Blog PostsAbout Real Estate! SEE MORE NOW!
Rainmaker
325,871 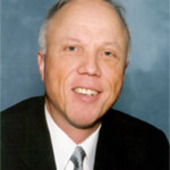