MAR separates out these reports into "regions".  Metrowest area of Massachusetts falls within the region of Greater Boston.  This region saw the following results:

For the full press release from MAR and podcast review of the marketplace, click here.

One other newsworthy point with this review is regarding inventory in this marketplace.  December 2009 supplies of single family homes and condos were at its lowest level since December 2001.  The December peak was in 2006.  This is the 21st  straight month that inventory has gone down compared to the year before for both homes and condos.

Ed Daniels is with Re/Max Executive Realty of Hopkinton MA.  A Realtor for 12 years, Ed can be reached at 508-341-7880 for any additional questions about the housing market. 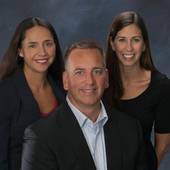