<!-- This material is non-exclusively licensed to Ben Yost and may not be copied, reproduced, or sold in any form whatsoever.--> 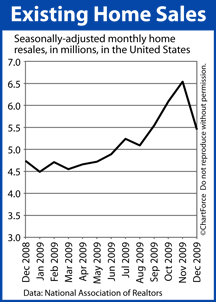 Just one month after from blowing away Wall Street, December's Colorado's Existing Home Sales hit the skids, shedding nearly 17 percent and falling to a 4-month low.

Don't be alarmed, though. The plunge was expected. And not just because Pending Home Sales cratered last month.

When November's Existing Home Sales surged, it was clear to observers that an expiring $8,000 federal tax credit was the catalyst. At the time, the tax program was slated to expire November 30 and the looming deadline pushed a lot of would-be buyers in Aurora from a December time frame into November.

The expiration date has a cannibalizing effect on December's sales figures. It was only later that Congress extended the tax credit to June 30, 2010.

So, with Colorado home sales plunging in December, it's no surprise that home supplies rose for the first time in 9 months.  Home Supply is calculating by dividing the number of homes for sale by the current sales pace.

See, for the past few months, as housing has been improving, sellers nationwide have been bombarded by messages of "hot markets" and rising home prices by the media.  Psychologically, a seller is more likely to hold firm on price if he believes the housing market is improving and now December's data is deflating that argument.

This is why we say there's always two sides to a housing story -- the buyers' side and the sellers' side. And, usually, what's good for one party is bad for the other. It's what we're seeing now.

Because of soft data like December's Existing Home Sales, buyers may retake some negotiation leverage that's been lost since Spring 2009, helping to improve home affordability and, perhaps, spur more sales. 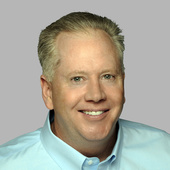