Ashbury Heights is a wonderful residential and upscale neighborhood in San Francisco. As San Francisco neighborhoods go, this one has an exclusive feel to it but, unlike Pacific Heights, it is more of an insider’s tip.

It is adjacent to Parnassus Heights, UCSF, Cole Valley, the Haight, Buena Vista Heights, and Twin Peaks. The neighborhood is quiet, convenient, close to Buena Vista park and easy shopping. Cole Valley’s well-known EOS restaurant is only a few blocks away, as is the famous Cole Hardware store.

Ashbury Heights also has wonderful views, of course. Take a look at this 2unit building for sale on Clayton Street in San Francisco and take in some of its views.

Buena Vista Park is a gem with spectacular views (360 degrees) and a dog run. The park is one of the lesser known parks in the city and that assures that there are never hordes of people in it. In short, it’s enjoyable and has a lovely history to boot. Public transit is easily accessible and only a few blocks walking distance away. The N-Judah streetcar runs on Carl and Cole, where is goes underground eastbound. Plus a number of bus lines to all destinations in San Francisco run on lines within a few blocks of Ashbury Heights.

On Clayton Street at its intersection with Carmel at the 3-way traffic light, you’ll encounter the Clayton Street Pump Station that is presently undergoing seismic upgrades. Visit the Twin Peaks Improvement Association for more details and for historical and current facts.

The Buena Vista, Roosevelt Way, 17th Street Traffic Calming project positively adds to the adjacent neighborhoods, including Ashbury Heights, by improving pedestrian safety as well as slowing down some traffic. 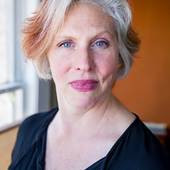