The Yaak River originates near Yahk Mountain, in the Yahk Range, part of the Purcell Mountains, in southeast British Columbia. The river flows south, crossing into Montana. It receives the East Fork Yaak River, then the West Fork Yaak River (also called the West Yahk River). The West Fork originates in Montana near Rock Candy Mountain, flows northeast into British Columbia, then southeast back into Montana to join the main Yaak River.

In Montana, the Yaak River and its tributaries mostly lie within Kootenai National Forest.

The river is Class IV-V whitewater from Yaak Falls to its confluence with the Kootenai River for the purposes of public access for recreational purposes.

Wow what a nice piece of property, right on the river that's such a gorgeous area!

Thanks Christine.  I sold the downstream ajacent 30+ acres for $750,000 in 07. It gives one a sense of how the market has changed. I'm new to blogging and hope to be informitive to the groups as well as promoting my better listings.  Thanks for you responce.  Have a great week 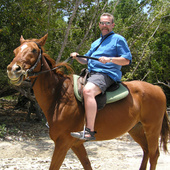