Short sales, foreclosures, and the First Time Homebuyer Tax Credit.  All these factors have led to a very exciting 2009 and have stimulated activity in the real estate market.  However, short sales and foreclosures have been a double-edged sword.  On the one hand, they have offered some great bargains to buyers, but on the other hand, they have kept prices lower, causing problems for sellers and even limiting the pool of available properties for buyers who do not wish to purchase a distressed property.  In a very real way, they are a self-perpetuating problem, but with the unemployment rate where it is and the fact that our economy is struggling, they will be around for a while and we must accept them as part of our real estate landscape.

That being said, the numbers are still moving in the right direction in Tucson.  Overall, our prices match 2004 prices and a lot of buyers can now afford to become homeowners.  With tax credits available, people have an extra incentive to take the plunge and invest in a home of their own.

Home Sales Volume decreased in 2009 compared to 2008.  However, 2009's sales volume was 92% of 2008's, which is pretty decent considering the quantity of lower priced homes that were on the market this past year.  Home Sales Units actually increased in 2009 compared to 2008.  The last time we saw an increase in units sold was 2005 over 2004.  That is a very good sign - people are out buying right now and in fact are as a whole becoming braver about making a home purchase.  That is an excellent indication that our market is stabilizing.

Our average sales price continues to decline.  In 2008 it was $242,066, but 2009 brought an average price of $201,155.  We are seeing a lot of lower-priced homes due to the amount of short sales and foreclosures on the market in addition to much longer marketing times for homes in higher price ranges.

Pending contracts cannot really be measured a whole year at a time.  However, a the end of December, 2009 we had 848 pending contracts, over a 38% increase over December 2008's figure of 612.  As I've mentioned before, the Pending Contract category is a good indicator of where we are headed.  That has been increasing all year so again, we are certainly headed in the right direction in Tucson's real estate market.

I am seeing out and about exactly what the numbers show: buyers out there buying homes.  However, those homes have to be priced right in order to sell.  Otherwise they are not being shown at all OR they are receiving offers that are much lower than asking price.

If you want to take advantage of the First Time Homebuyers Tax Credit, now is the time to move.  There's money for those who have owned their home for at least 5 years too, so don't delay.  I myself am taking advantage of the credit by making sure I'm under contract before 4/30/10 and closed on my new home by 6/30/10. 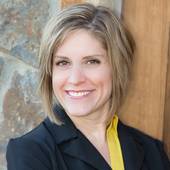