For several month now, there have been many commercials, radio spots and magazine ads telling consumers that now is the time to purchase a home.  We, as Realtors, tried to make everyone aware of the $8,000 tax credit and the original deadline of November 30, 2009.  Then we got the news that the tax credit would be extended and even expanded to offer move-up buyers a credit of $6,500 as well.  Now with the second deadline fast approaching, we are trying to get potential buyers to see that time truly is of the essence.

We've had yet another change to the FHA guidelines that will seriouly impact many potential buyers.  Last year, for example, in the Montgomery, AL metro area the average home sale was around $140,000 according to the Alabama Cent er for Real Estate located in Tuscaloosa at The University of Alabama.  This leads me to believe that 90% or more of those buyers were financed with an FHA loan.  With the new guidelines, lenders will be required to collect a mortgage insurance premium (MIP) of 2.25% instead of the previous 1.75% at closing.  In real numbers, that means that $140,000 home that used to have an MIP of around $2,500 will now have an MIP of about $3,150.  A significant increase even if it can be financed into the final loan amount.  This change is scheduled to take effect on April 5, 2010, almost one month before the tax credit expires.

The other big change will the amount of concessions the seller is allowed to pay.  Now, sellers will only be able to contribute 3% back to the buyer to used toward closing costs.  This is cut in half from the 6% that so many buyers wanted and needed previously.  This means more buyers will have to bring more money to the closing table.  Up until now, our market in Montgomery, AL and the River Region has been stable.  I wonder if this will throw us into the turmoil we've seen and heard about in so many other markets.  I've done my best to educate those that I've come in contact with so they can prepare themselves.  Especially with the talk of requiring buyers with credit scores below 600 to put up to 10% down on a home.

As we begin this journey into a change, change and more change, we can be certain of one thing.  Now is the time to buy! 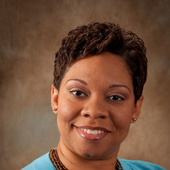