You might have seen the headlines last week about an unexpected drop in housing starts, and you might have thought: Uh-oh. That's not the direction we ought to be headed in a rebounding economy.

So what does that mean for real estate in 2010?

Well, as is often the case, you've got to peel below the headlines to find out what's really going on.

Yes, the Commerce Department reported that starts on new homes in December dropped by 4 percent, and that 2009 as a whole was the worst year for starts in decades.

But the Commerce Department also reported a number that puts 2010 in a very different light: Builders pulled 11 percent more permits for new home starts than the prior month.

Put another way: Builders see a much more favorable climate for housing construction and sales in 2010 - in large part because they expect the overall economy to get better and for unemployment to begin declining.

Joe Robson, chairman of the National Association of Home Builders and a builder himself in Texas, said his industry "acted prudently" during 2009 by scaling back sharply on new production - given a weak economy and high inventories of unsold houses during the first three quarters of the year.

But now they've sold off a lot of that inventory, and they see rising demand.

As a result, says Robson, "we're seeing an increase in permits as builders understand they need to ramp up production." How fast a ramp up? Economists at the home builders association forecast a 38 percent increase in housing starts for the year.

The homebuilders aren't the only real estate group that sees positive economic signs ahead: Lawrence Yun, chief economist for the National Association of Realtors, says he expects national economic growth rates to range between two and a half percent and three percent in the next couple of quarters.

Those are solid numbers coming out of a recession where GDP (gross domestic product) was stuck in negative territory for 18 months.

On a somewhat more sobering side, Yun says unemployment will begin to edge downward into the high single digits as the year progresses, and mortgage rates are likely to rise to an average 5.7 percent by mid year.

Maybe home buyers are beginning to hear some of these predictions about higher rates as the economy bounces back. Applications for new loans to buy houses jumped by 10 percent last week, according to the Mortgage Bankers Association. Rates hovered just above 5 percent for thirty year fixed loans and in the mid 4's for 15 year mortgages.

I'm happy to see someone who recognizes that you can't take some of the generalized numbers that are being thrown out there on face value. Many times that number is pretty scary looked at by itself, but there are supporting numbers that point to other positives. One of the biggest problems with these numbers is that they are national averages - without regard for local markets and the vastly different economic conditions throughout the country. Sometimes we are hard-pressed to find the positives, but as you point out - they are there. 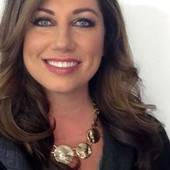