One of the parting 'gifts' left behind by New Jersey now ex Governor Corzine was the long-disputed bill to allow the payment of rebates to buyers of residential properties.  While I was disappointed that Corzine never lived up to his potential as a strong governor ( partisan politics has nothing to do with it - I felt that someone who had earned his stripes in corporate management might have been able to get the mess we call State Governement more under control, but the record shows that he completely failed to do so), for him to depart with a bombshell like that sitting in his "out" basket was a real kick in the teeth to the real estate community.

People in the business work hard for their commissions.  We're already beset by clients who impose often-unreasonable demands and exhibit little or no loyalty to the agents who invest great amounts of time and effort to meet their needs.  Now, the state has put another weapon in their hands to be used to cut your income, by legitimatizing the previous illegal practice of expecting kickbacks for the pleasure of catering to their needs.

Seeing that the bill has been approved was bad enough, but things were made worse by the report that the NJ Association of Realtors "while adamantly opposed to the bill, did not lobby against it's approval."  According to NJAR, they felt that they lessened the detrimental effect of the bill by negotiating several amendments that "increased consumer protection."  I've read the bill in its original form and the amendments they claim made it better.  From what I can see, the only amendment that improved it was the one that restricted the kickbacks to buyers, as opposed to both sides of a transaction.  It is still harmful to everyone in our business.

What a nightmare!!! That's absolutely horrible. Just what is needed. Can you move to another state? :D

Steve * Outgoing VA Governor Tim Kaine (now DNC chair) pardoned a German citizen who has been in VA prison for 20+ years for the grizzly murders of his GF's parents near Bedford, VA.  In Germany he will get out in 2 years.  His GF will be in prison for the rest of her life!

ActiveRain is the largest online real estate community. It's a great place to network with some of the top real estate agents, learn, and share information about homes for sale.

1. At the very bottom of this comment click "Omaha Real Estate & Omaha Homes for Sale - The Trumm Team (Keller Williams Realty)" which will take you to my profile.

3. On the right hand side under Links, click "Welcome to ActiveRain"

This will take you to my blog of how to get the most out of ActiveRain. 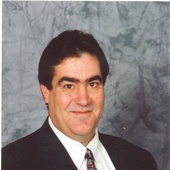