This is of interest to all of Hampton Roads.  Recently the Jewish Chapel at the Norfolk Naval Station was rededicated.  This Jewish Chapel is the oldest land based chapel in the Navy and was rededicated to Commodore Uriah P. Levy almost 50 years after it was named for him.  The Commodore had quite a career: he chased pirates, wrote books, spent 16 months in a British prison during the War of 1812 helped to end the harsh punishment of flogging.  Just for that he should have had something named after him. 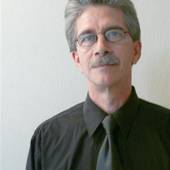