Last Thanksgiving, I wrote about my old friend, Mr. Ed, an 88 year old World War II veteran who had just celebrated what we felt was his last Thanksgiving.  His poor old body was worn out, but his mind was still good enough to give thanks for Christmas and to celebrate the arrival of the new year.

But, a couple of weeks ago, that tired body gave up the fight and Mr. Ed left us early in the morning.

His funeral was held on Wednesday morning in Gallatin, Tennessee.  Visitation was the previous afternoon and hundreds of his friends and the residents of Gallatin who had known him and his family for 80 years gathered to pay their respects.  His three children were there and most of their children were there,too.  Everyone who could come dropped by to pay their respects.  It was as it should be.  A life well lived honored by those who cared.

Knowing Mr Ed was gone was sad.  Seeing his widow  - who had spent every night of their 68 years of marriage together except when he was away at war or she was in the hospital delivering their children - with him was sad.  Hearing the stories of his long life from the lips of his grandchildren who said,  "I wish I could hear him tell that story about Sam Houston just one more time" was sad.  It was all sad, but underneath there was joy - a celebration of the life that this man lived...his contributions to the freedom of this country and to his community and to his family.

After the service, family and friends gathered under a tent that had been set up to provide shelter from the rain that had been falling steadily all morning.  Funny thing...the rain stopped while the mourners left their cars and walked to the grave site.  Over to the right stood four Veterans from the American Legion - all standing at attention and holding rifles.  Three more were waiting patiently at the grave.  Once the minister concluded his remarks, the Veterans removed the flag of our country from the casket and all three helped to fold it according to tradition.  When they were finished, one moved quietly ouside the tent where he lifted a polished trumpet to his lips. The poignant notes of Taps floated above the cold cemetery as the American flag was presented to Mrs. Becky.  "Ma'am, this flag is presented to you by a grateful nation."   Then, the Vets standing across the way lifted their rifles in response to a command from their leader and fired a 21 gun salute to Mr. Ed.

The tears were flowing down my cheeks and also the cheeks of others who witnessed the ceremony.  We weren't sad for Mr Ed - he's in a happier place.  Perhaps we were grateful for his contribution to our country and those were tears of gratitude.  Perhaps we were sad for ourselves - knowing we had lost another man who helped preserve our freedoms and those were tears of regret.

For many reasons, the tears flowed.

Thank you, Mr. Ed for being an example of a man who loves his God, his country and his family.  Were that all men were more like you.

Lynda, well written, my eyes started to well as I was reading.  What a beautiful tribute to a fellow American.  Thank you for sharing this pleasant story.

Lynda, well written, my eyes started to well as I was reading.  What a beautiful tribute to a fellow American.  Thank you for sharing this pleasant story.

Bill and Karen, thank you for your kind words . You can read a bit more about Mr Ed by visiting my page and going back a blog or two to the one written at Thanksgiving.

Jenny, yes...68 years of marriage is amazing.  Their first two children were born while Mr. Ed was deployed in the South Pacific fighting in WWII.  He was wounded, sent home for a visit after being released from the hospital.  He got to see his newly born daughter and conceived his only son, but when he finally got home again, his son was 2 and a half years old.  Missing the first 3 and a half years of your children's lives is another great sacrifice. 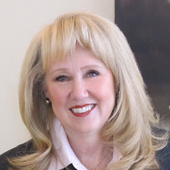