If last week didn't have your head spinning from the FOMC meeting, the first State of the Union Speech by President Obama and mixed remarks from Barney Frank, then this week should be right up your alley.

Monday's first economic report will be the January's Personal Income and Outlays. Not only do the experts expect an increase in consumer's ability to spend, but they also expect current spending to rise both by 0.3%. Also on slate for tomorrow is January's Institute of Supply Management (ISM) Manufacturing Index. As one of the earliest pieces of economic data released each month, expectations are for the ISM Index to still show growth but less than December.

Pending Home Sales will be released on Tuesday and should be a non-event as winter doldrums and the holidays have distracted potential home buyers thus far. This report is not a major technical report but will impact the psychology of traders if the report shows any dynamic growth.

Wednesday will be led off by the ADP National Employment Report as a precursor to Friday's Employment report from the Labor Department. Although not considered to be as all inclusive as Friday's report, the ADP Report tends to shed light on the direction of white collar jobs.

December's Factory Orders and 4th Quarter Productivity will be the highlights on Thursday. Although both of these reports reflect the direction of the manufacturing sector, they should be a non-factor unless they vary significantly from Economists forecasts.

The most important report of the week and almost every month will come on Friday with the release of the January Employment. Forecasts are in for the addition of 13,000 new jobs with the national unemployment rate to remain at 10.0%. It has been said that the US economy has to produce a minimum of 125,000 jobs a month just to stay up with population growth. Whatever the number, the employment numbers will surely provide direction for the markets not only on Friday, but also for weeks to come.

Quick general rule of thumb when keeping an eye on mortgage rates.

Want to see what other economic reports might impact home buyers in the coming week? Stop by and check out the Mortgage Market Update Provided to You Exclusively by The Barath Group.

This Is The Week Ahead for January 31st.

The picture reminds me Vegas!!! The place of money...  Next week is going to be a pretty busy information week.  Thanks, for the update.

Hey James I just wanted to stop by and say hi, I hope all is well.  Take Care!

Hi James, I hope things  are going well for you and you find the time to come back and play in the Rain. 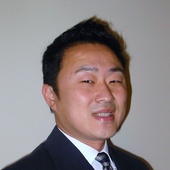 Certified Mortgage Planner Facilitating the American Dream through Responsible Mortgage Lending Since 1999! It's your home and your future. It's my profession and my passion. I am ready to work for your best interest. Want to Know More? Contact Me Today!