Atlanta is still growing, in spite of the lagging economy and rising unemployment figures throughout the country.  By 2020, Atlanta is expected to be the sixth-largest metro area in the country.

There are many opportunities for businesses and attractions throughout the Metro Atlanta Area.  Forbes magazine ranked Atlanta as top among the "Most Wired Cities," and "Best Cities for Singles."  Kiplinger magazine placed the city in the No. 1 spot for "Best Cities for Married with Kids."

The cost of living in Atlanta continues to be a draw.  Lower costs for major expenses such as housing, food, clothing and gasoline help keep the region's cost of living below the U.S. average.  Housing remains more affordable here than in other metro areas, and property tax rates range from 1 percent to 2 percent of home value.

High-tech employment in metro Atlanta is credited for 5.2 percent of total employment, which is more than 130,000 workers.  Top technology employers include heavies like IBM Corp., Cox Enterprises Inc., AT&T Inc., and General Electric Co.  There is also the Centers for Disease Control and Prevention that employs more than 6,500 scientists and staff. 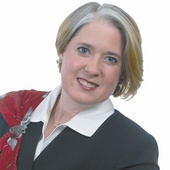