It was a brisk Saturday evening, but that didn't stop the neighborhood boys from battling for the puck that insisted on hiding in a forest of skates. Like vultures, the boys jostled for the elusive disk, until it squirted free, and fled to the other end of the ice, where the struggle began anew. The setting sun cast a playful shadow on the ice through a dense woodlot of Maples that stippled the backyard plateau. This allowed little light, however the boys played on, knowing that the glow of the moon would soon permit the game to continue deep into the winter night.

As hockey's popularity continues to grow from coast to coast, more players are registering with their respective minor hockey association, which is causing the price of ice time to increase drastically because there is such a demand for it. With this said, it is becoming more difficult for children to develop because there is a shortage of ice time available. Do your children share the notorious dream of one day playing in the National Hockey League? If so, it has become nearly impossible to flourish as a hockey player because there is hardly any time for extra practice. However there is a simple solution, all you need is water, some flat land in your backyard, and a couple supplies from your local Home Hardware or Home Depot. With these tools you are now ready to construct a rink in your backyard, where your children can hone their skills, and escape from the television to enjoy the great outdoors. However, a problem may arise before you can jump to any further conclusions. It is quite common at this point in the article for people to conclude that they either do not have enough space or they simply do not have a flat area on their property, which is a necessity when constructing a backyard rink.  In light of this, it is easy to see that a property, which has the potential to accommodate a backyard rink, could essentially raise its value.

As parents, we are responsible for helping our children fulfill their dreams (NHL haha), and what could be a better way of doing this than building them a rink to practice and enjoy the game of hockey. In Malcolm Galdwell's popular book titled "Outliers" he touches on the 10,000 hour rule, which states that success in any field is, to a large extent, a matter of practicing a task for a total of around 10,000 hours. It would be impossible in today's society for your child to have 10,000 hours of ice time without the help of a backyard rink. A  house/property that can accommodate a backyard rink should boost its value, assuming it is marketed properly.

Lastly, our generations of children are growing up in a world that is dominated by home electronics. Instead of enjoying the great outdoors, as we once did, they are spending the majority of their time in front of a computer or television. This of course has translated into a majority of problems, all leading to an unhealthy lifestyle. Seeing as most Canadian boys and girls for that matter enjoy hockey or figure skating, building a backyard rink will encourage them to spend more time exercising outdoors with their friends. Thus having a flat area on your property with enough space could potentially increase its value, if the buyer is made aware that it would be a great area to construct a backyard rink. A backyard rink can be any size you like, and would even fit just fine into the backyard of a Mattamy home. The benefits to a backyard rink are quite obvious to many Canadian parents, because it can be a place for children to practice, exercise, and most importantly have fun with friends and family alike.

The next time you are showing a home that could potentially accommodate a backyard rink, try pointing it out to possible buyers, it could make a difference in their final offer!

(This is a little extreme, you can be creative) 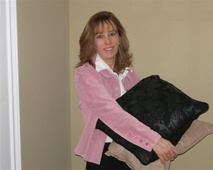 about 5 years ago
bookmark_borderbookmark
Your Home Office Putting You to Sleep?
View more Recent Posts   arrow_forwards