The 400 strong Florida Bankers Association's lobby, has presented a bill to out state legislators to upend decades of Florida law and establish "non-judicial' foreclosures in Florida by July 1st.

Although President Obama stated he is "not at war with the banks," we the citizens certainly should be! With the proposed bill, banks can kick homeowners out in as little as three months. Ironicly, the bankers associations has titled the bill "THE FLORIDA CONSUMER PROTECTION AND HOMEOWNER CREDIT REHABILITATION ACT"

IMAGINE THESE BENEFITS
1. Home owners can have their home auctioned out from under them in 90 days.
2. The Florida Supreme Courts 'mandatory mediation' I wrote about last week would go 'bye-bye'
3. Banks can still pursue unpaid debt. (Most likely will be sold to collection agencies)
4. They pretend to negotiate with homeowner by offering to waive unpaid debt if they do not trash the house. In reality the homeowner will be the last to know the home has been auctioned and there will be no effort to negotiate.

True Colors!
This is just another example of banks operating with impunity in total disregard of the havoc the bring into the lives of so many vulnerable citizens. Why do they continue to do it?
1. It is the banks who sustain the tragic housing market by stalling foreclosure to avoid paying assessments and other accumulating late fees.
2. Banks are avoiding scheduling sales of foreclosed home.
3. There is no indication the bank will take title of the home placing it in ownership limbo and perpetuating the decline of neighborhoods.
4. Continued 'bad faith' negotiations. There is no indication the bank will consider reducing principle with homeowner to the existing market value thereby bypassing the distress and associated costs created by the current process that lacks 'good faith' negotitions. With extremely rare (miraculous) exceptions, these home are eventually sold well below market (more than 30% below)  value at that time.
5. Banks will be able to 'illegally' kick folks out of their homes without having to prove they are the real holders of the mortgage note.
6. Banks will be able to kick folks out of their homes before the homeowner can complete forensic examination of original documents to reveal fraud by originator.
7. Banks are today continue to create artificial obstacles preventing the sale of homes. Recent home seller forced into foreclosure because of a $2,000 difference. I offered to pay the $2,000 myself but their internal rules (bank to bank rules) forbid me for paying the 2nd loan holder.
8. Perhaps the banks are still receiving TARP, HARN and HAFA funds by creating a distressed scenario through which they are reimbursed for expenses they create!

If you are looking to finance a home make sure you deal with a lender who demonstrates full transparency, guarantees their rates and commit to pay any overage of their Good Faith Estimate including the "worksheet". If they have a reputation of brutalizing their consumers...walk away, regardless of their teaser rates. Yes, we can hold the banks accountable by expressing to their agents and brokers, "They MUST change their bad-faith policies and demonstrate they do care for the community, neighborhood and homeowner."

Well, seems you was a member here for a long time:)

Welcome back and all the best! 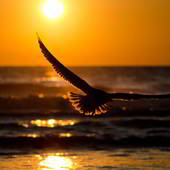