Yes, this is kind of a rant, but I think it's helpful for agents that don't know any better.

Is it really a good use of time and resources for new and inexperienced (not necessarily new) agents to go after REO business from asset managers? Why are agents in our marketplace spending money and lots of time trying to land REO accounts? They are being sold on the idea that spending thousands on training or getting a new credential that isn't even endorsed by NAR will land them a bunch of new REO accounts and listings. I've kown quite a few agents who have gone to seminar after seminar, signed up for all the websites, and obtained lists of asset managers who are "passing out REO Listings" to everyone who asks. Here we are, months later, and some of those agents are gone while the others are still waiting. I can't think of one who has actually succeeded in getting any foreclosure listings.

The reality is, at least in my market, if you don't already have the business accounts, you most likely won't be getting any. I met with one of the top Orange County REO agents and his team a couple of weeks ago. They usually have between 25-50 active foreclosure listings at any time. Right now, they have just a few. Their office is filled with tattered lock boxes that have no door or pipe to hang on. THEY, along with all the other established teams that are in the same situation, are first in line to get the listings. Why would an asset manager choose an unproven agent over an established team who is already doing a great job (arguably)?

Getting that off my chest, I do think their might be a couple of opportunities for agents to get a little piece of the business, but don't get your hopes up. Some brokers have relationships, that if this "shadow inventory" ever hits the market, may work to your benefit. In this case, it will be your brokers option who to list these properties. Also, if you are lucky enough to get in with a really small asset manager who the big guys ignore, that might work out too.

I think we're much better off putting all of that effort, time, and money into going after normal and shortsale business. It's ok that you're late to the party. Regular business is more enjoyable anyway!

REO is out, hooking up with trustee sale buyers is in!  With the FHA anti flip rule lifted for a year this is going to be the cats meow.

So true, there is so many ahead of this game and BTW these designations mean nothing. Like sending a Boy Scout troup to do the Armies job, as my dad use to say. 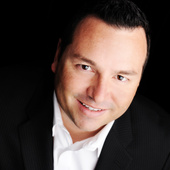