Today I received my five minutes of fame and it really felt good, No, it felt G R E A T!

What a Surprise I received during our 2009 Award Banquet. I belong to the LAKE Placid Board of REALTORS in Lake Placid, Florida and have been a member since 2002.

I have served as a Director on the Lake Placid Board of Realtors for 2 years and loved every minute of it.

In the past I had been nominated for Rookie of the Year, Realtor of the Year, Board Achiver but never expected to win.

Nothing could have prepared me for what was to come nor did I ever imagine that my heart was going to race at a speed I've never known. Lunch was great and they handed out a few awards. Now it was time for the big ones to be announced. I was just there to congratulate my fellow Real Estate Agents.

When my name was announced as Realtor of the Year it had to be one of the best feeling I've ever had. Wow this is really happening to me and that's really all I could say to the audience of about 80 of my peers. Then I was speechless, so not like me.  Imagine a real estate agent not having anything to say?

REALTOR of the Year because to be awarded such an Honor for something you love to do is just Wonderful!! I want to share this with You!! I am so overjoyed that I couldn't talk for crying. I am blessed and so Thankful !  I'm still pinching myself.  Life is good! 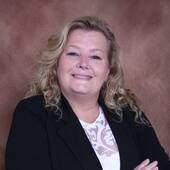 I love what I do! I love the constant challenges I'm faced with daily. Every one of my clients is unique and that is exactly how I treat them. I'm proud to say that a high percentage of my business comes from past clients, people who choose my service time and time again.