3.64% fixed for 5 years, I must say I didn't think we would see rates this low again since hitting new histori lows in the fall market. Rates had crept back up, bond markets we're inching up and were seemingly levelling off. The question I get most frequently is "what do I think is happening with rates?" or do I think rates will jump up in a few months.

According to Stats Canada today, our full-time employment jobs rose by 1,400 in January 2010, and our  part- time jobs experienced a huge growth by 41,500 new jobs,  However these were primarily in the service industry and mostly in the youth job markets. Our official unemployment rate as of Jan 31 2010 is 8.40%, higher in the Maritime provinces, more median in Ontario and a little lower in the West.

In the U.S., the unemployment rate unexpectedly declined in January to 9.7 percent, the lowest level since August, while employment fell by 20,000, reflecting a large drop in construction industry jobs and a drop in state and local Government hiring. These figures are from the Labor Department in Washington and are accutate as of January 2010.

Bankers bond yields fell 3 basis point to 1.21 percent today on the Montreal Exchange, all indications are that investors are betting interest rates will rise. There are 100 basis points in a percentage point.

People never know what they had until it's gone. It's tough to stomach the thought of returning to average rates, at least for me it is. All this to say...I'm sorry but no one really knows...you don't have to Google long to make a case in either direction...but these are the facts as I know them today. Anyway, here's a summary of our Canadian mortgage market rates today. 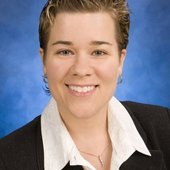