The Cape Coral/Fort Myers area was recently recognized as being one of the top 10 most affordable housing markets in the world, according to an international survey.

The survey originated from Demographia Inc., which ranked Cape Coral/Fort Myers seventh in the world.

Lee County was behind some of the most economically depressed areas in the nation, including Detroit, Flint and Lansing, Mich.

Realtors on both sides of the bridge are not surprised by where Cape Coral and Fort Myers ranked on that list.

They say now is the time to buy, especially if you’re someone who’s looking to stay in the new home for three to five years.

“It’s extremely affordable right now,” said Christie Knight, president of the Realtor Association of Greater Fort Myers. “We strongly believe our momentum will increase because of the extended tax credit for first-time home-buyers, and because interest rates are historically low. We feel very confident.”

The inventory of existing homes has decreased year over year, and Realtors are feeling optimistic about 2010.

Most feel the bottom has already been hit, and there isn’t anywhere to go but up, though a new round of foreclosures is expected to hit the market sometime soon.

Paula Hellenbrand of Encore Realty and a former president for the Cape Coral Association of Realtors said the number of foreclosures is deceiving, and that many of those properties are “evaporated” before they ever hit the market.

She added that now is the time for first-time home-buyers to seek out that dream home, as not only has the tax credit been extended, but companies like Fannie May are instituting 15-day waiting periods for owner occupied properties so home-buyers are in direct competition with investors looking to flip properties quickly.

“Our inventory is at a healthy level,” she said.

I thought Detroit was the least expensive homes in the country.  I would move to FL before Detroit.

Tim, Cape Coral/Fort Myers is #7 on the top 10 list, and it is beautiful here.

Let's see.....palm trees, blue sky, water, great temperatures........and all at an affordable price.  No wonder we have so many buyers in town. 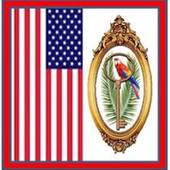 Posting listings and commentary on how to buy AND stay in your new home.
follow Hope4HomeBuyers at http://twitter.com
Real Estate Advice & Opinions
Get this Widget