2010 has rolled in with a bang in Maplewood, NJ with many multiple offers and homes under contract over the initial asking price. 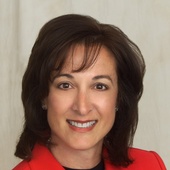